Welcome to CovrPrice’s weekly newsletter! This week we talk about a ridiculously hard-to-find Rick & Morty variant set, Jim Lee’s first published art, and a few independent comics with big sales! We hope this gives you a snapshot of what happens each week in the awesome world of comics. 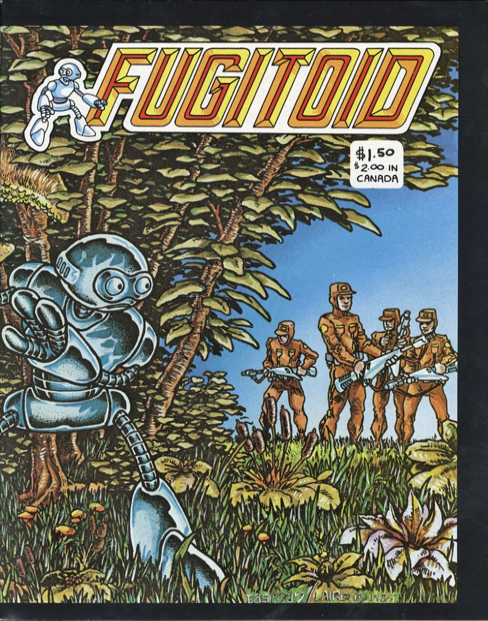 SHAKER: FUGITOID #1 (MIRAGE, 1985) Talk about a gap book. This first appearance of FUGITOID, who graced the pages of Teenage Mutant Ninja Turtles in their early issues, sells for $10 on average raw. However, today a CGC 9.8 sold for $850 and days earlier another 9.8 sold for $795. These early Mirage books were super thin paper quality so high-grade copies can be tough to come by…. but… still… $10 to $850 is a crazy jump! Keep an eye out for those high-grade raws. (Find on eBay) 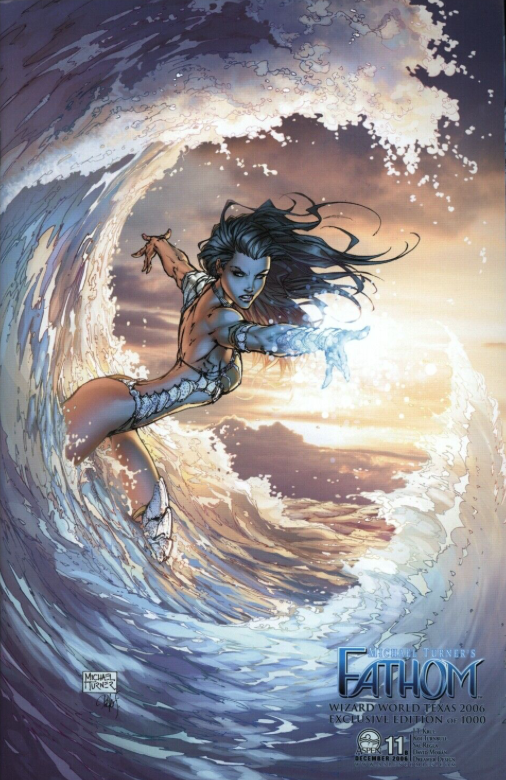 SHAKER: MICHAEL TURNER’S FATHOM #11 WIZARD WORLD TEXAS VARIANT (ASPEN, 2006) Some variants fly outside the radar until a huge price calls out for our attention. That’s exactly how this one went for us. It sold for $674.99 raw. However, that’s been the only sale and digging around the internet does not bear much fruit. It does seem to be hard to find, but is it worth $675? While we don’t recommend buying the one available at the bargain of $300, this is one to keep an eye out for. Wizard World variants typically were limited at 500 to 1000 copies… so there are copies floating around out there. But where?  (Find on eBay) 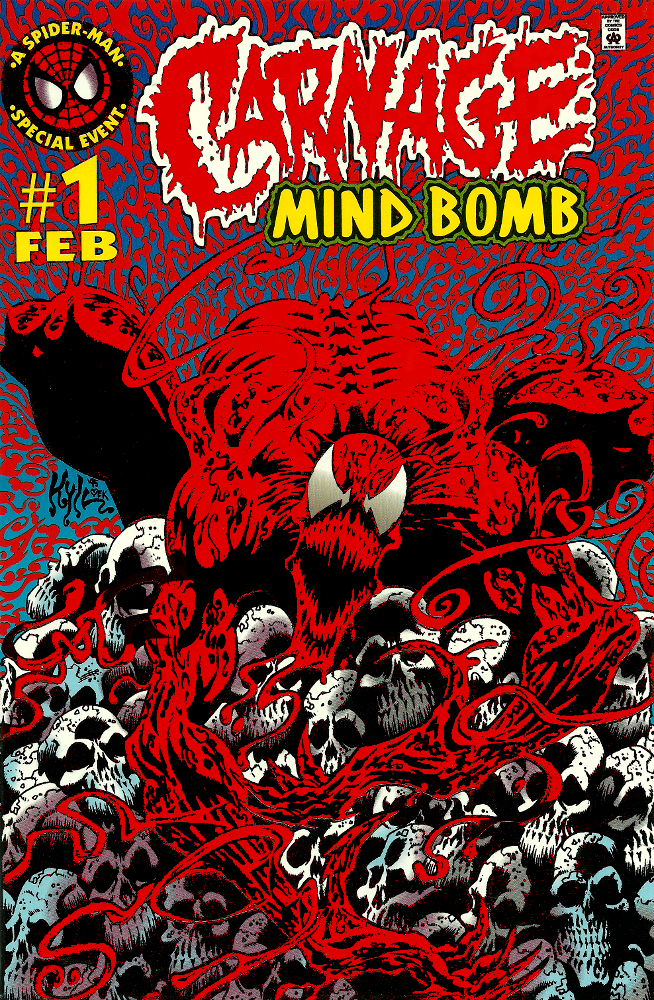 SHAKER/ MOVER/ HOT: CARNAGE: MINDBOMB #1 (MARVEL, 1996) After heating up back in August 2018 and hitting $100+ raw, time has allowed this book to settle back down to $50.  Over the past two months, Donny Cates’ new Carnage series has renewed interest in this title and has brought this book back up, with it once again hitting $125 today. Sales have already sold lower since, but it’s still selling really well again. (Find on eBay) (Find on MCS) 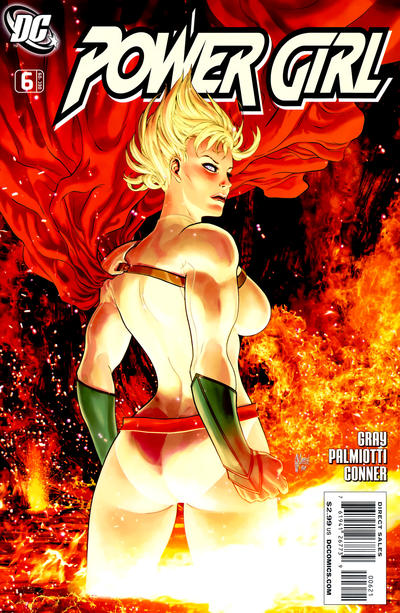 SHAKER: POWER GIRL #6 GUILLEM MARCH VARIANT (DC, 2009) We mentioned this variant back in our 2/20/19 newsletter. Back then, this was breaking new records at $155 for a VF/NM copy. Today, a NM raw more than doubled that at $400! It’s no surprise when a rare 1:50 (for under ordered comics) hit high prices. However, this was a 1:10 variant, which is relatively obtainable. However, it’s important to note that 2009 to 2012 was a big lull for comics with some of the lowest sales in decades. This is why most the hottest (and most expensive) variants come from these years. In 2009, many stores didn’t order 10 copies of Power Girl and thus didn’t get this variant. (Find on eBay) (Find on MCS) 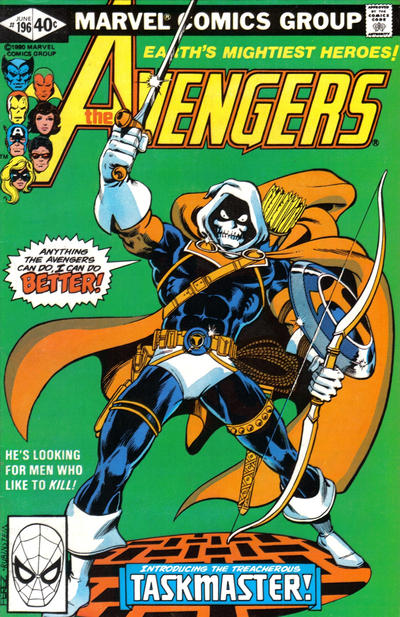 SHAKER: AVENGERS #196 (MARVEL, 1980) With The Taskmaster set to appear in the MCUs’ BLACK WIDOW, collectors have passed on the Ultimate version and went back to the original.  Today, a CGC 9.8 sold $1,009. While the highest was back in April at $1,277, these prices are still the highest ever (well, the $1,009 matches a sale in March). It’s fun to see such a cool character get renewed attention. Hopefully, this film version captures him well. (Find on eBay) (Find on MCS) 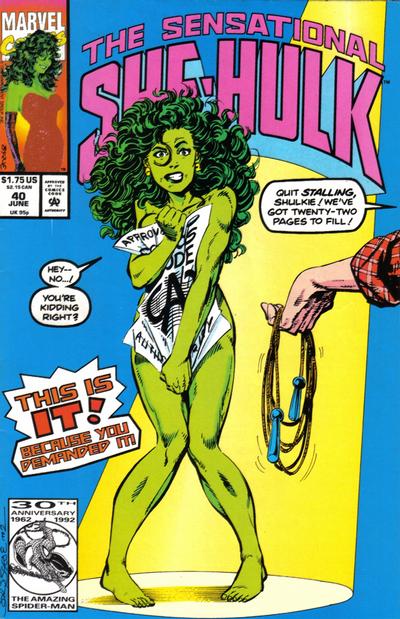 SHAKER: THE SENSATIONAL SHE-HULK #40 (Marvel, 1992) As mentioned in our last newsletter, scandalous covers can command premiums compared to other issues in a series run. This particular She-Hulk, of which sellers call “naked jump rope” sells on average for $50 raw and over $200 in a 9.8. (Find on eBay) 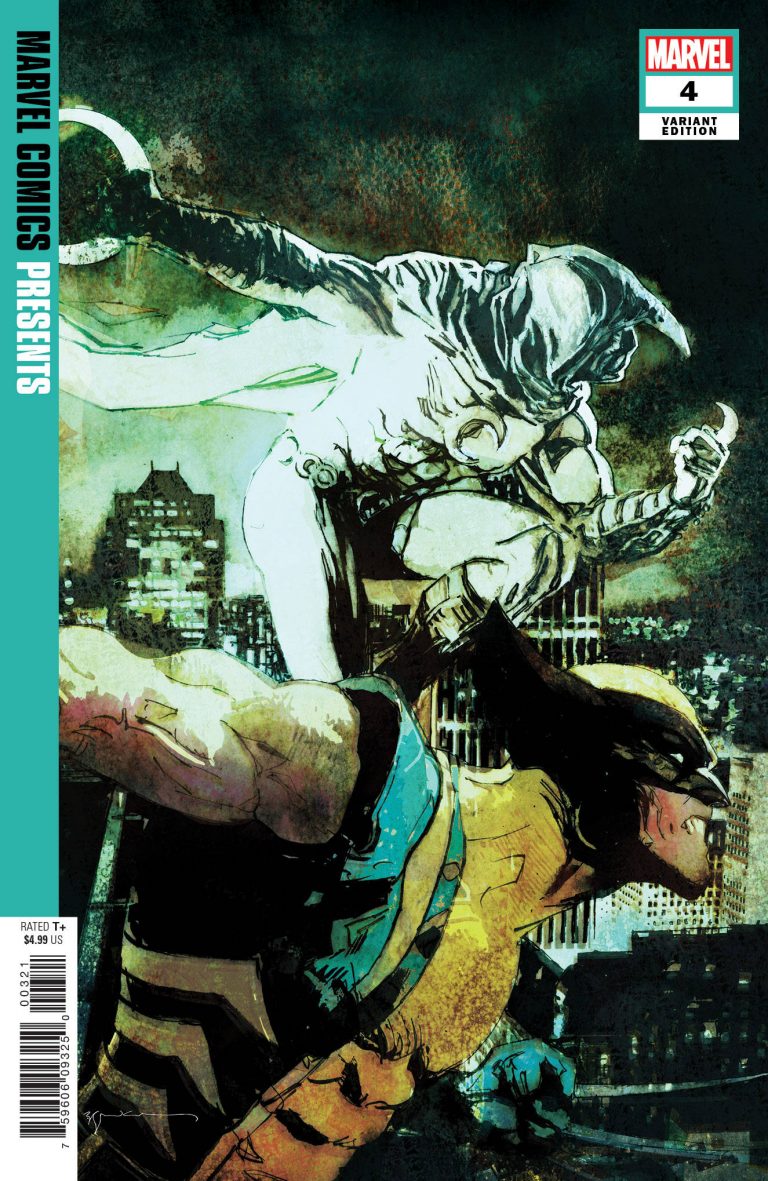 SHAKER: MARVEL COMICS PRESENTS #4 BILL SIENKIEWICZ 1:50 VARIANT (MARVEL, 2019) Time to check in on this hot variant from a couple of months ago. Today’s sale of $1K for a CGC 9.8 is amazing. Paying attention to rare variants on under ordered comics is officially a thing. (Find on eBay) 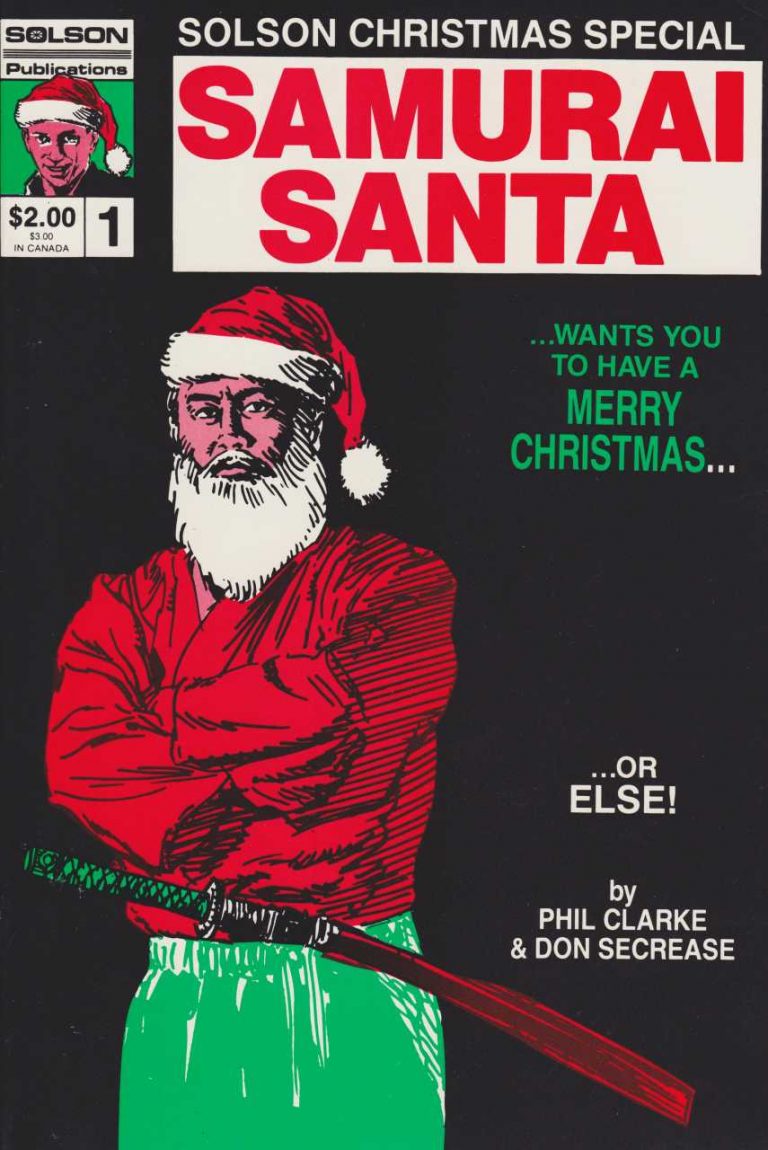 SHAKER: SAMURAI SANTA #1 (SOLSON PUBLICATIONS, 1986) For those who don’t know about this book, it’s Jim Lee’s first published art. With years living in obscurity, this all black cover is very hard to find in high condition (note: comics with mostly black covers tend to show damage a lot easier). In fact, the highest graded sale we captured is a CGC 7.5 that sold for $137.95. What’s notable today is the new high raw sale of $59.95. (Find on eBay) (Find on MCS) 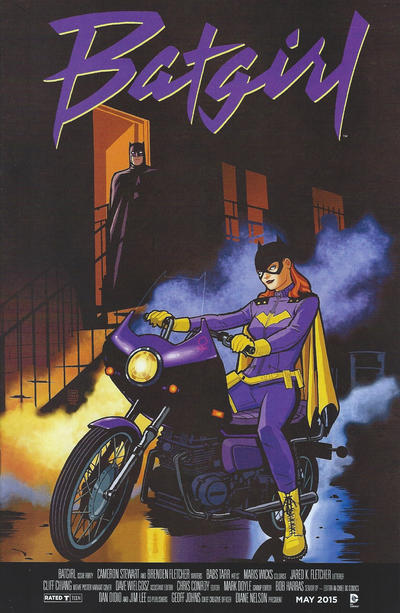 SHAKER: BATGIRL #40 PURPLE RAIN MOVIE POSTER VARIANT (DC, 2015) In 2015 DC was really into themed variant months. These were all mostly open order variant (meaning, retailers could order as many as they wanted). This variant has been slowly creeping up in price over the last couple of years. Today’s raw sale is the 2nd highest at $45, after the highest in April for $49.99. Purple Rain variants are apparently a thing, as this SNAKE EYES AND STORM SHADOW #19 VARIANT sold for $150 raw on May 1st. (Find on eBay) 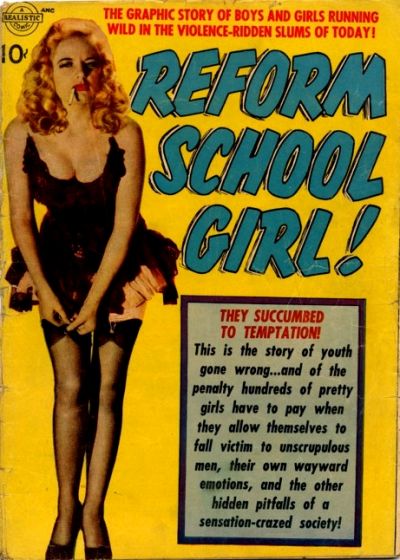 SHAKER: REFORM SCHOOL GIRL (AVON, 1951) A very rare and highly sought after raw copy of REFORM SCHOOL GIRL came to market and sold for $2,040. This is one book you just won’t see too often. It WILL go up in price every time it pops up. (Find on eBay) 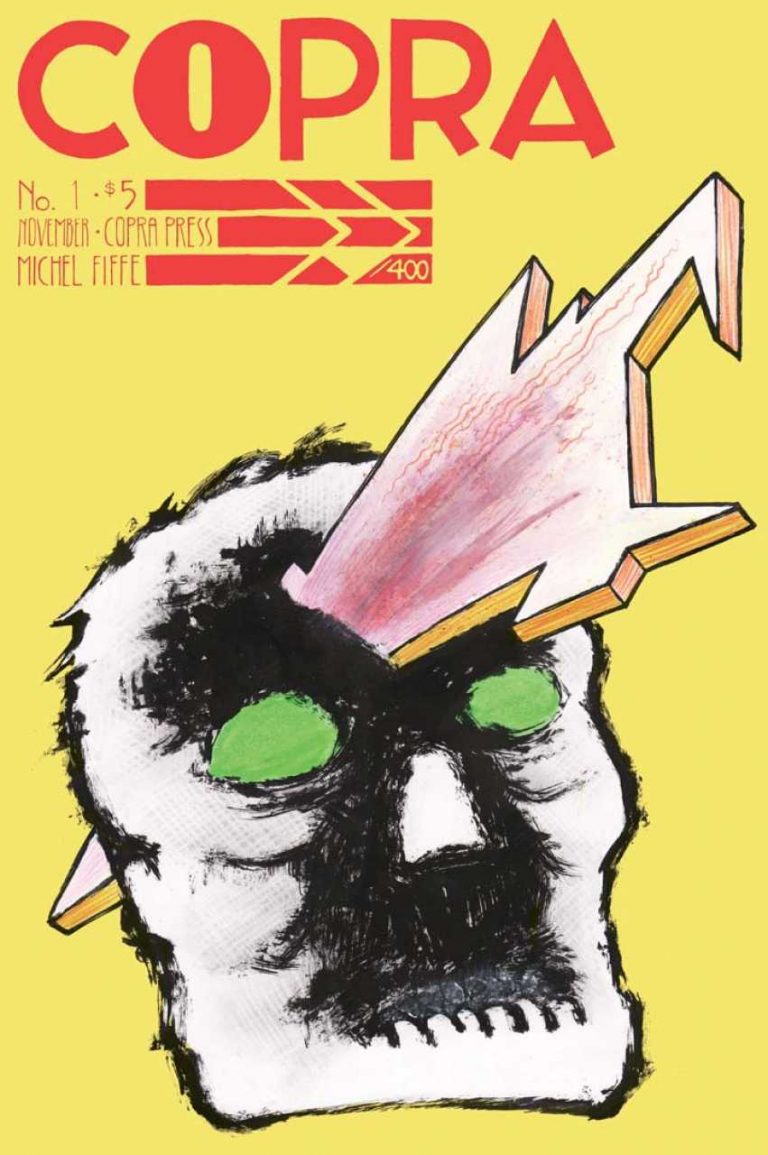 SHAKER: COPRA #1 (COPRA PRESS, 2012) Copra, by creator Michel Fiffe, is an independent favorite. Limited to 400 copies, these have varied in price for years. Due to their scarcity, high-grade copies can go for well over $500. Today, a raw copy sold for a huge $850. There are only 22 copies on the CGC census. (Find on eBay) 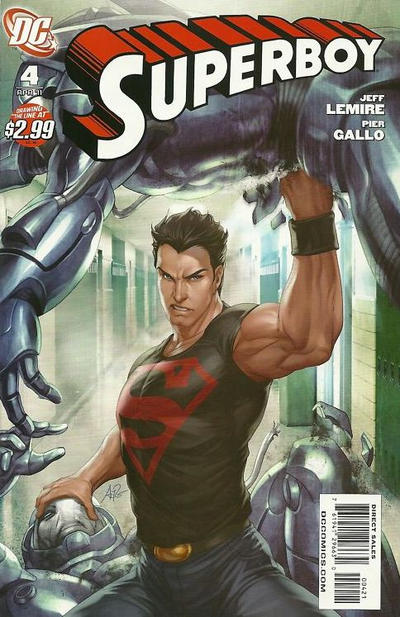 SHAKER: SUPERBOY #4 ARTGERM 1:10 VARIANT (DC, 2011) Stanley “Artgerm” Lau is easily one of the most fan-favorite artists today. His variant covers seem to be everywhere lately.   Artgerm was once one of DC’s under the radar variant artists back in 2011. It wasn’t until his Batgirl #12 cover became highly sought that fans started digging for his previous work. With his popularity higher than ever, fans are digging for outlier variants like this Superboy #4. It’s fluctuated in price over the last several years, but today it’s back up to $39.94. A CGC 9.8 sold for $200 in April 2019. (Find on eBay) 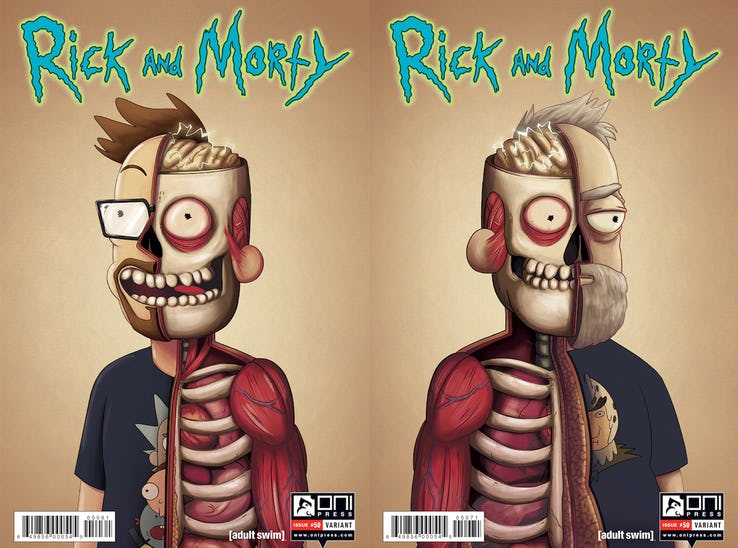 SHAKER: RICK & MORTY #1 HARMON & ROILAND 1:25 SET (ONI, 2019) Behold, the new rare (rarest?) Rick & Morty variants. Rick & Morty is one of the hottest animated shows today.  However, that doesn’t always translate to comic sales. The print runs have been (and stay) relatively small, appealing to the niche collector market (okay, maybe a little bigger). Most stores only order R&M for pull customers. So, finding a store that’s buying 25 copies of a $6.99 cover price anniversary issues… is pretty darn tough. Per Diamond, these variants weren’t listed in the system. To obtain one, you had to call and request the set, order 25 copies and then wait for Diamond to obtain approval from Oni. Could there still be copies? It’s hard to tell right now.  Prices like this will quickly bring out copies if they’re out there. Today, this set sold for a huge $1,125 in an auction. Copies have only been selling in sets. So much so, that we needed to create a new “Set” entry to make sure we captured these sales on CovrPrice (as the likelihood of them selling separately will most likely be less common). Where does it go? Up, down? They should be fun to watch. (Find on eBay)