Welcome to CovrPrice’s comic Week In Review! This week we see the highest sale ever for Teenage Mutant Ninja Turtles #1, track a giant sale for a Carnage U.S.A. #1 variant, and call out a fun 3D print for Spawn (3D Glasses included). Enjoy! 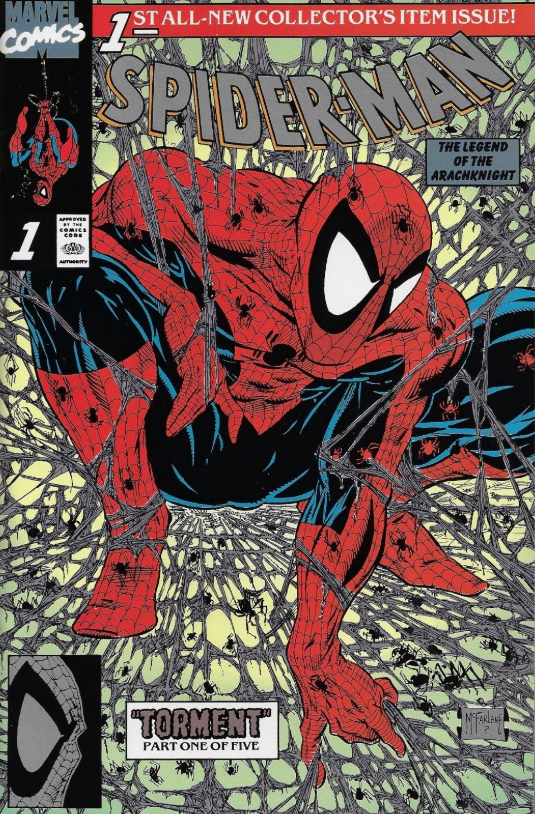 SHAKER: SPIDER-MAN #1 PLATINUM VARIANT (MARVEL, 1990) When you mention Todd McFarlane’s 1990 Spider-Man #1, it’s impossible to not mention the massive print run. However, if you ignore that print run, then you’re looking at one of the most successful comic runs ever with a highly iconic cover that has been homaged more than most. With that said, chasing after this book’s rare variants is not a bad endeavor.  Today’s raw sale of $675 is the highest raw sale ever. Granted, it doesn’t touch the highest 9.8 sale at $1,950, but it’s still worth noting. This is a variant that will always be in demand. (Find on eBay)

SHAKER: ADAM: LEGEND OF THE BLUE MARVEL #1 (MARVEL, 2008) If you haven’t been paying attention to this title over the past couple years, you should start now. These are fun books to hunt as they are buried in dusty old $1 and back issue bins. It’s been slowly creeping up in price for a while now. Today marked the highest raw sale of $200 (there were two more $200 sales on both 8/12 and 8/13). Adam Brasher, aka The Blue Marvel, is another distant MCU rumor. The Blue Marvel’s powers are directly tied to the Negative Zone. As you know, pre Fox merger, Marvel couldn’t use the Negative Zone… which belonged to the Fantastic Four.  Instead, Marvel focused on the Quantum Realm, which works in a similar fashion. Blue Marvel’s powers are based in anti-matter energy absorption with direct ties to the Negative Zone, which makes him super powerful. Who knows if he will make it to the MCU. Regardless, collectors sure are spending big money on him. (Find on eBay) (Find on MCS)

SHAKER: WARRIOR #1 (QUALITY COMMUNICATIONS, 1982) This hard to find British publication marks the first appearance of Alan Moore’s V FOR VENDETTA and MARVELMAN (later renamed MIRACLEMAN). This is obviously tough to find here in the states, though they’re out there. Raw prices vary greatly, though today had a new high sale of $950 for a CGC 9.0. (Find on eBay) (Find on MCS) 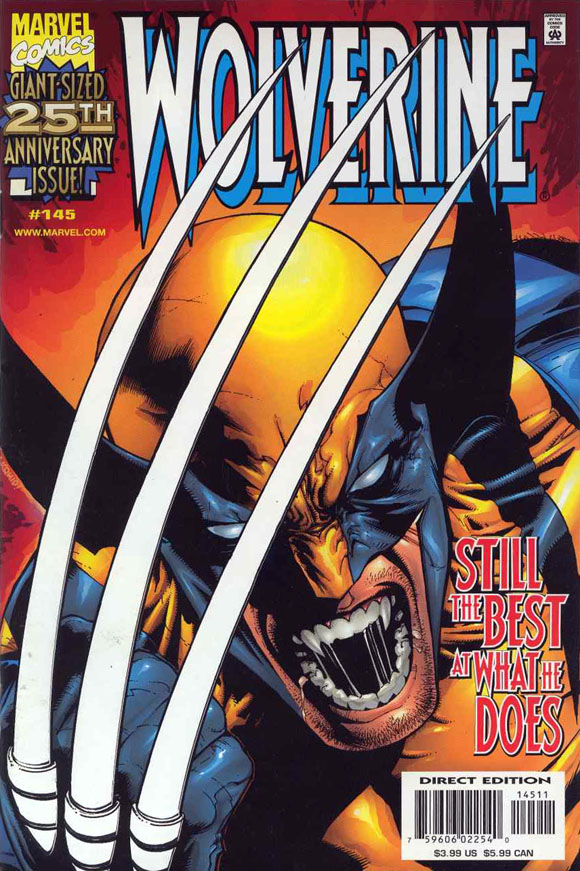 SHAKER: WOLVERINE #145 BONE CLAW VARIANT (MARVEL, 1999) Yes, we LOVE error books and this just became the new king of them. Today a CGC 9.6 sold for a whopping $10K. There’s a standard, silver foil, and a gold foil variant. This error is simply the silver foil printed without the foil, revealing the base white ink underneath. Which gives that “bone” claw appearance. Due to this error, CGC gives this a qualified grade.  9.6 is highest currently graded with 5 copies in the census. There are 27 in total on the census. This is the first true bone claw error that we’ve ever seen sold. (Find on eBay) 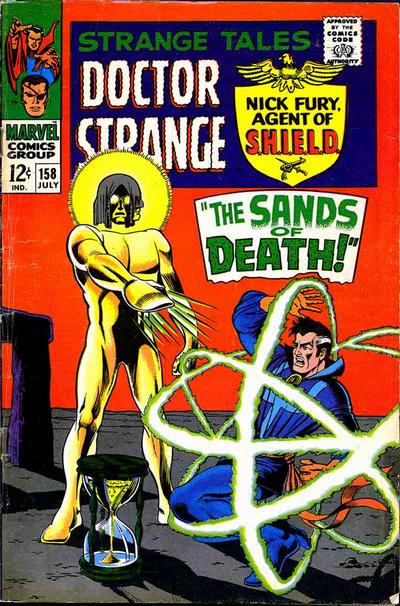 SHAKER: STRANGE TALES #158 (MARVEL, 1967) This issue holds the first full appearance of The Living Tribunal. Of course, The Living Tribunal is another name rumored to appear in the MCU. Granted, this rumor goes as far back as 2016. So, this doesn’t seem substantial right now. However, today had the highest raw sale yet of $600 for a NM copy. Most copies are in pretty fair to poor condition and sell for around $50, so this amount is significant.  A sale in April 2019 holds the highest sale at $4,080 for a CGC 9.6. (Find on eBay) (Find on MCS) 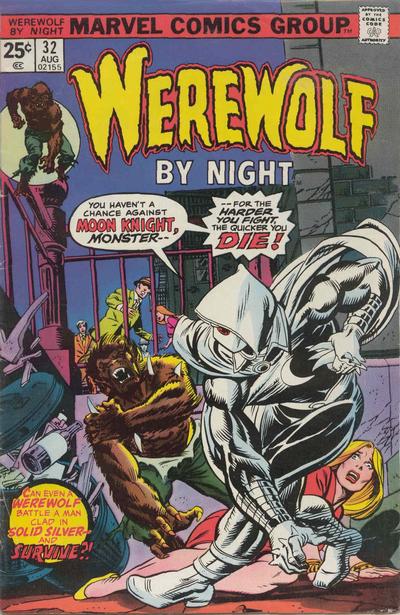 SHAKER: WEREWOLF BY NIGHT #32 (MARVEL, 1975) After SDCC, rumors started festering of additional MCU content due to come out of D23. One of those is Moon Knight. This has already included various casting rumors ranging from Keanu Reeves and Andrew Garfield.  Since that news, today’s CGC 9.4 is the highest graded copy sold. This sale went for $4,799, compared to June’s sale of $3,600. MANY copies, raw and graded, have been moving since these rumors hit. And buyers are still acting cautiously and not overbuying. It’ll be interesting to see a 9.8 come to market and try and topple the highest sale ever of $19,380 for a CGC 9.8 sale back in June 2017.  (Find on eBay) (Find on MCS) 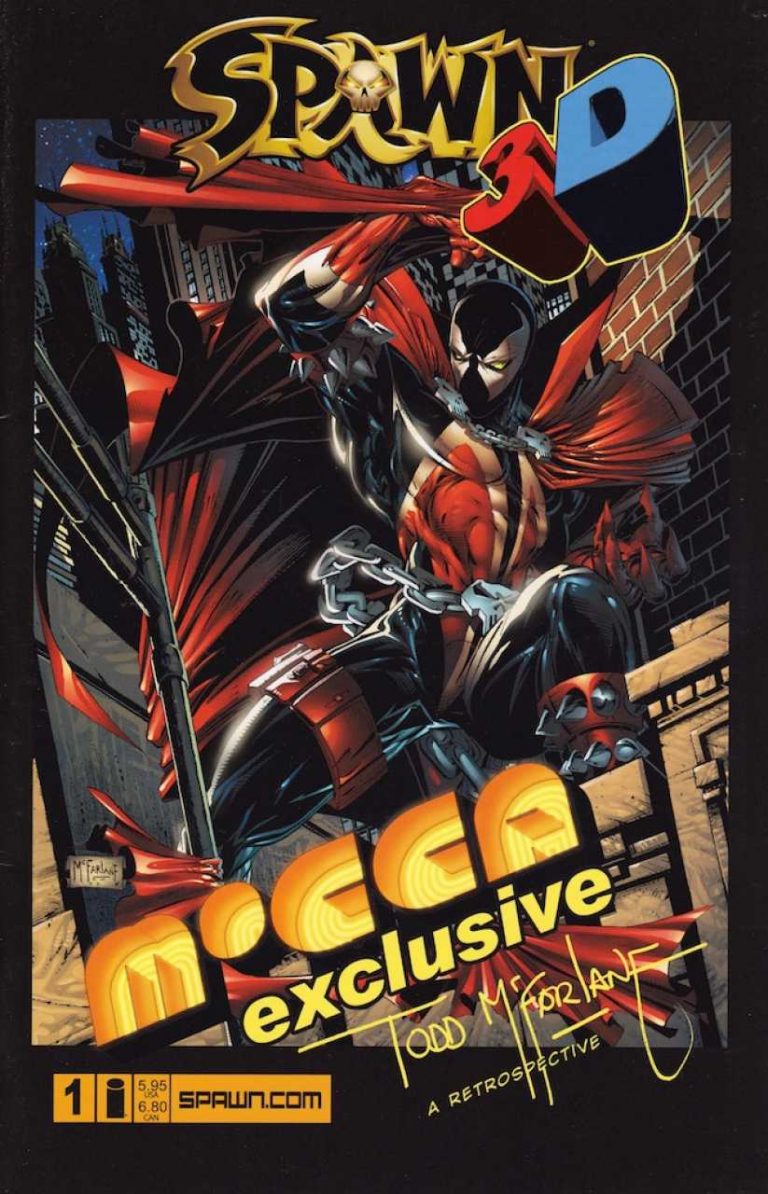 SHAKER: SPAWN #1 3D MOCCA VARIANT (IMAGE, 2006) As Spawn variants continue to sell well, the market is starting to pay attention to this 3D reprint of Spawn #1. For years, it’s been selling around $30 to $50. Today’s $305 sale for a CGC 9.8 is a new high sale for the incredibly tough to get 9.8. This book has an all-black front and back cover. The 3D glasses inside also make this a tough book to press (we learned that the hard way). Overall, these are generally pretty easy to find online.  (Find on eBay)

SHAKER: TEENAGE MUTANT NINJA TURTLE MICROSERIES RAPHAEL #1 EASTMAN RI B VARIANT (IDW, 2011) This is the first sale that we’ve seen in quite a few years for this hard to find 1:25 Eastman RI B variant. This reprinted cover to the original RAPHAEL micro-series is pretty straight forward. However, to qualify, stores had to order 20 copies of cover A and 5 copies of cover B in order to get just one of these. As you may have discovered after recently hunting for Turtles #95, stores don’t order many copies of any Teenage Mutant Ninja Turtle books. This is especially the case for a micro-series like this. Today was a pretty big sale of $199.99 raw. If you have a copy, the market is yours. (Find on eBay)

SHAKER: TEENAGE MUTANT NINJA TURTLES #1 (MIRAGE, 1984) There was a short run on TMNT #1 first prints lately. Today, a CGC 8.0 sold for $6K and a CGC 8.5 sold for $8,299.99.  On 8/8, a CGC 7.5 sold for $6,999.99. This is all coming off of 8/1’s massive 9.8 sale of $90,000, which is the highest sale ever for TEENAGE MUTANT NINJA TURTLES #1!  This squashes the last 9.8 sale of $65K back in June 2018. In 2014, a 9.8 would have cost you about $15K. This is just an incredible jump in value. What’s interesting about this trend is how the Turtles are at their weakest point, content-wise, since the last lull between the two film series.  Rumors are that Paramount is planning a reboot. We’re not sure what that would look like, but that’s not enough to drive new sales (at least not right now). This burst of sales appears to be stemming from the recent heat of the IDW comic series. IDW is seeing their biggest momentum ever with the addition of Jenika as the new Turtle. TMNT has proven itself to be a steady enough evergreen brand that can weather the storm of bad content and still retain a strong fanbase. That’s apparently enough for some collectors who see this first appearance as a “get in now or never” investment. (Find on eBay)

SHAKER: CEREBUS THE AARDVARK #1 (AARDVARK-VANAHEIM, 1978) This first appearance of CEREBUS, by creator Dave Sims, doesn’t come up too often. When it does, expect it to always sell for a decent amount. Today’s CGC 7.5 sale for $1,175 is one of a very few graded copies sold. Dependent on the condition, this sells from $300 to $1,300 raw. Due to the newsprint type paper, this book is also highly counterfeited. In fact, there are numerous sales that have noted this and STILL sell copies for $200 to $300. (Find on eBay) (Find on MCS) 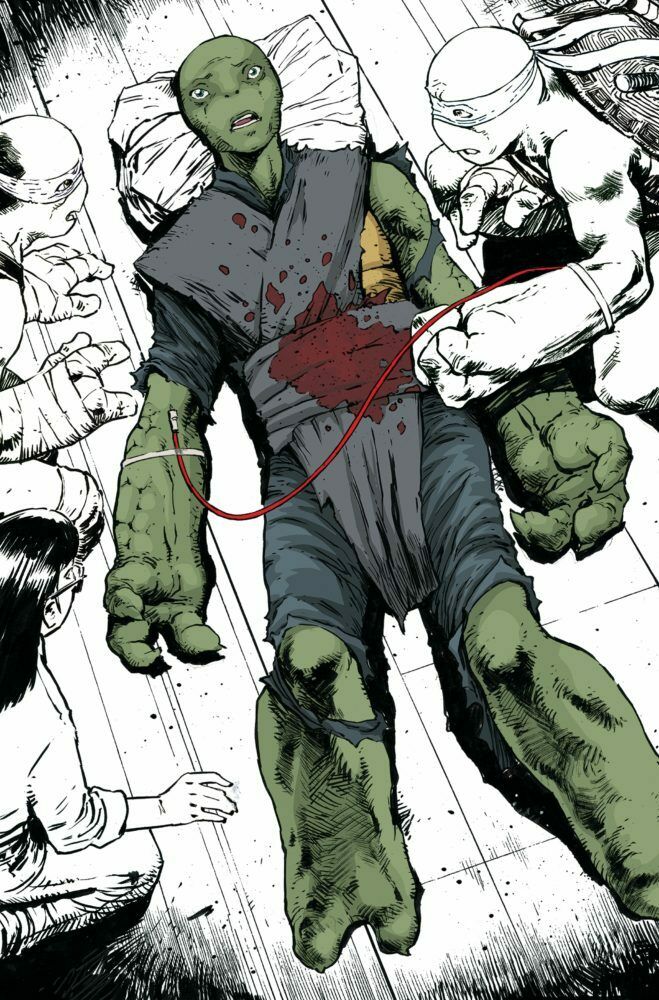 SHAKER: TEENAGE MUTANT NINJA TURTLES #95 SDCC 2019 VARIANT (IDW, 2019) Yeah, another TMNT book. With all the attention on the Spawn #299 variant, it’s worth noting that this IDW SDCC variant is now hitting $299.99 raw. Can this catch up to Spawn? It all depends on the longevity of Jennika.  (Find on eBay)

SHAKER: LEGEND OF OZ: THE WICKED WEST #7 C2E2 SHANNON MAER VARIANT (BIG DOG INK, 2013) Our friends at CBSI first brought this book to our attention with their Shannon Maer spotlight (covered by Clint Joslin) and highlighting this as his first cover. A few weeks after this article, this rare book (limited to 250 copies) hit eBay and immediately started selling at $150, jumping to $199 and finally today at $250 (also recently covered in CBSI’s top variant article by Keith S.).  Maer’s covers are all heating up. (Find on eBay)

Thanks for checking out our weekly Week in Review! Be sure to hit those fancy share button on the page and spread the love. Also, we always want to hear from you. Reach out to us at [email protected] and let us know if there’s anything else you’d like us to talk about!