Welcome to our weekly Newsletter! This week we talk about the rise of foreign editions, the price manipulation debate around a Peach Momoko variant, and crossing our fingers that Keanu Reeves might join the Star Wars universe. This should be fun, let’s do it!

Don’t forget to check out all of our lists (like our Daily Hot Comics List) and all of the other good stuff CovrPrice has to offer! 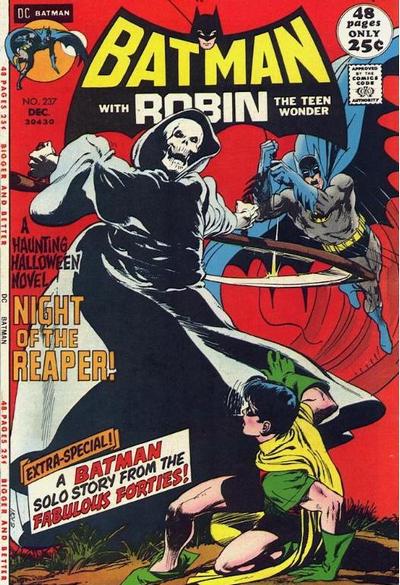 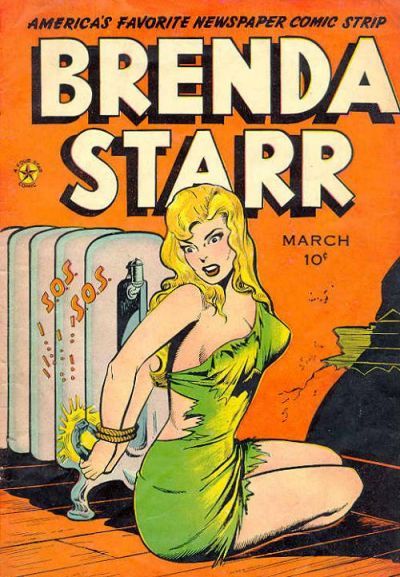 SHAKER: BRENDA STARR COMICS #14 (FOUR STAR, 1948)  This classic Jack Kamen bondage cover VERY rarely comes to market. This is the first sale that we’ve ever seen. It sold a CGC 2.5 for $1,700. If you’re a bondage cover collector, this is a tough one to track down. (Find on eBay) (Find on MCS) 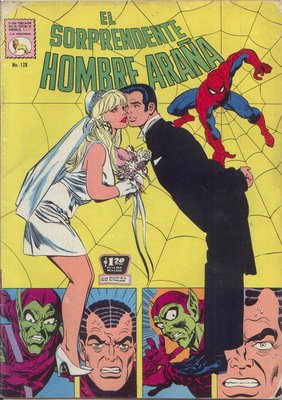 SHAKER: EL SORPRENDENTE HOMBRE ARAÑA #128 (1972)  Foreign versions for key characters, like Spider-Man, are on the rise. However, El Sorprendente is a little special. Back in the 1970s, publisher La Prensa took it upon themselves to reprint Spider-Man stories in Spanish. However, at the point where Green Goblin kills Gwen Stacy, they made a decision to write their own stories starting with keeping Gwen Stacy alive. They printed 45 issues featuring original stories centered around Peter Parker/Spider-Man’s relationship with Gwen Stacy, including their Marriage. These have never been reprinted and are quite collectible. We’re slowly adding these into our database, starting with this issue. This time last year, you could have purchased a copy for under $200. This week, a copy sold a “Good” version for an amazing $1,899.99. A NM copy sold in November 2019 via auction for $2,147. Crazy, right? Watch for this series as we add them in. (Find on eBay) 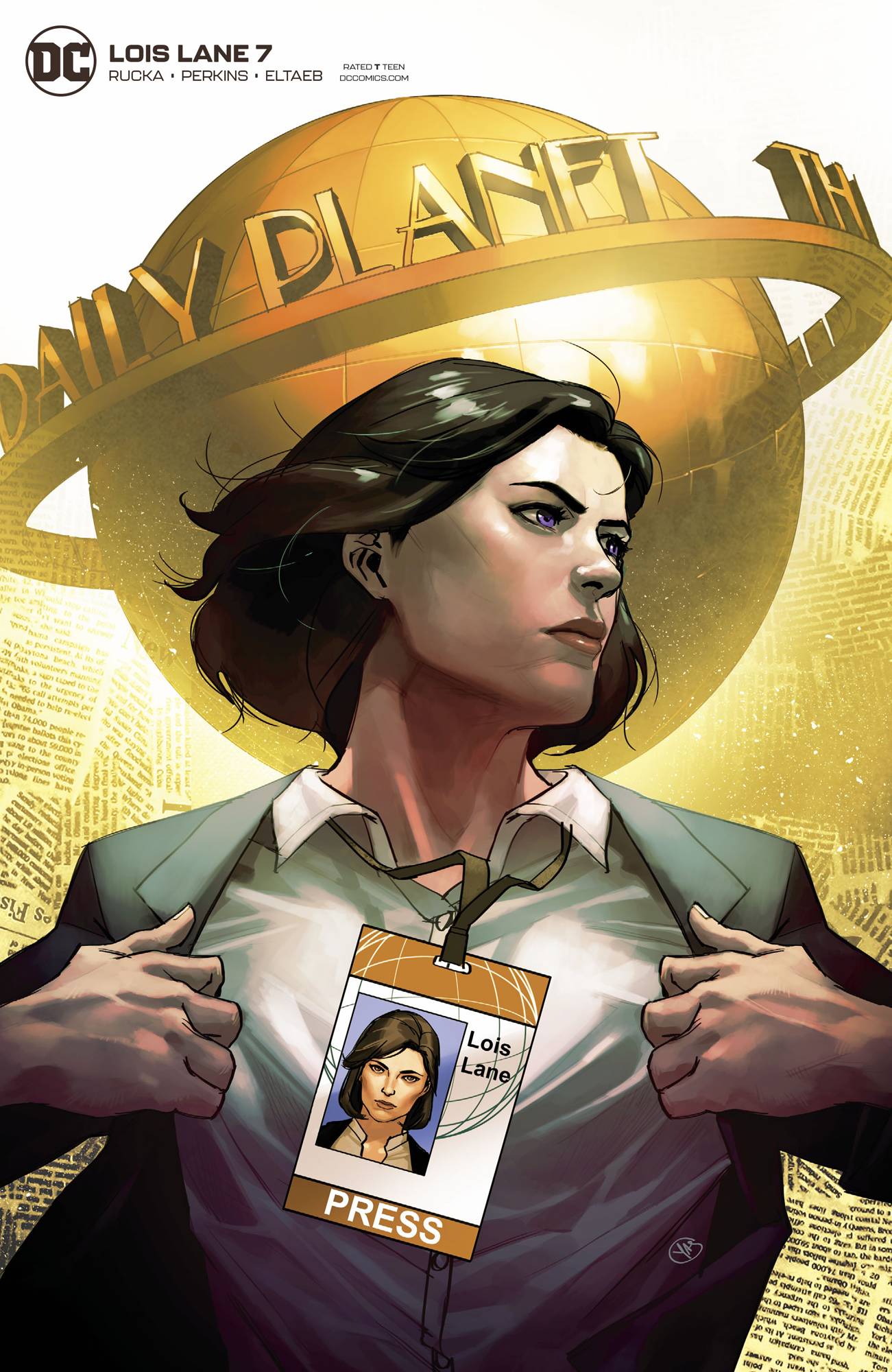 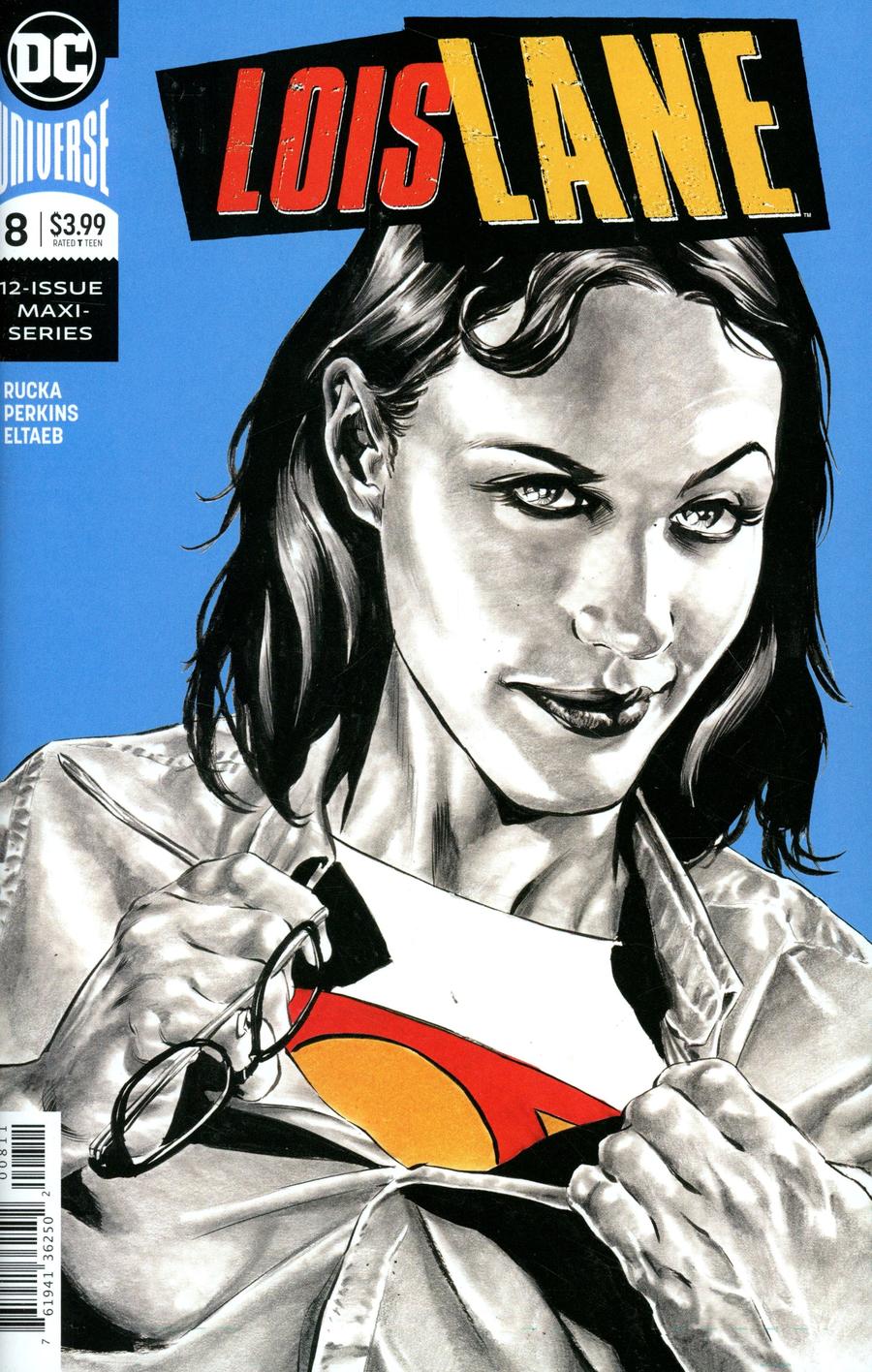 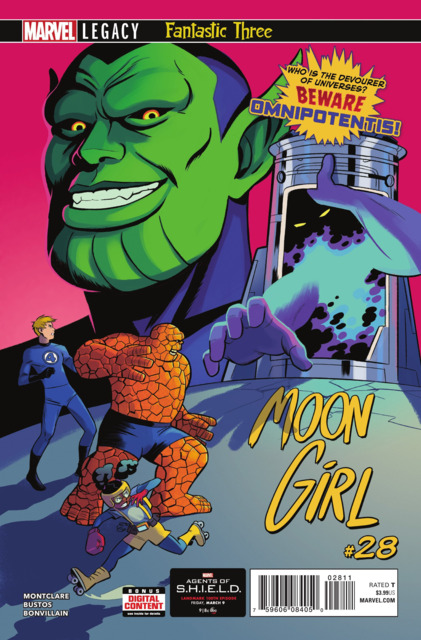 MOVER/ SHAKER: MOON GIRL AND DEVIL DINOSAUR #28 (MARVEL, 2018)  This issue features the first appearance of OMNIPOTENTIS, “Devour of Universes” and creator of Galactus. This book was pretty hot when it came out in 2018. Copies were hitting $30 back then until collectors forgot about it. However, new speculation stems from Jim Comics Youtube Channel that OMNIPOTENTIS could be the identity of the Black Winter in THOR #1. You can check that out here. Jump to the 11:50 mark of the video if you want to specifically hear the full theory. It’s definitely interesting. This really made MG & DD #28 jump big time to $120 raw and $279.99 in 9.8. As copies come to market, prices have dropped to $60. Though, as Jim mentions, this book’s print run is under 7K. This will be a fun one to watch!  (Find on eBay) (Find on MCS) 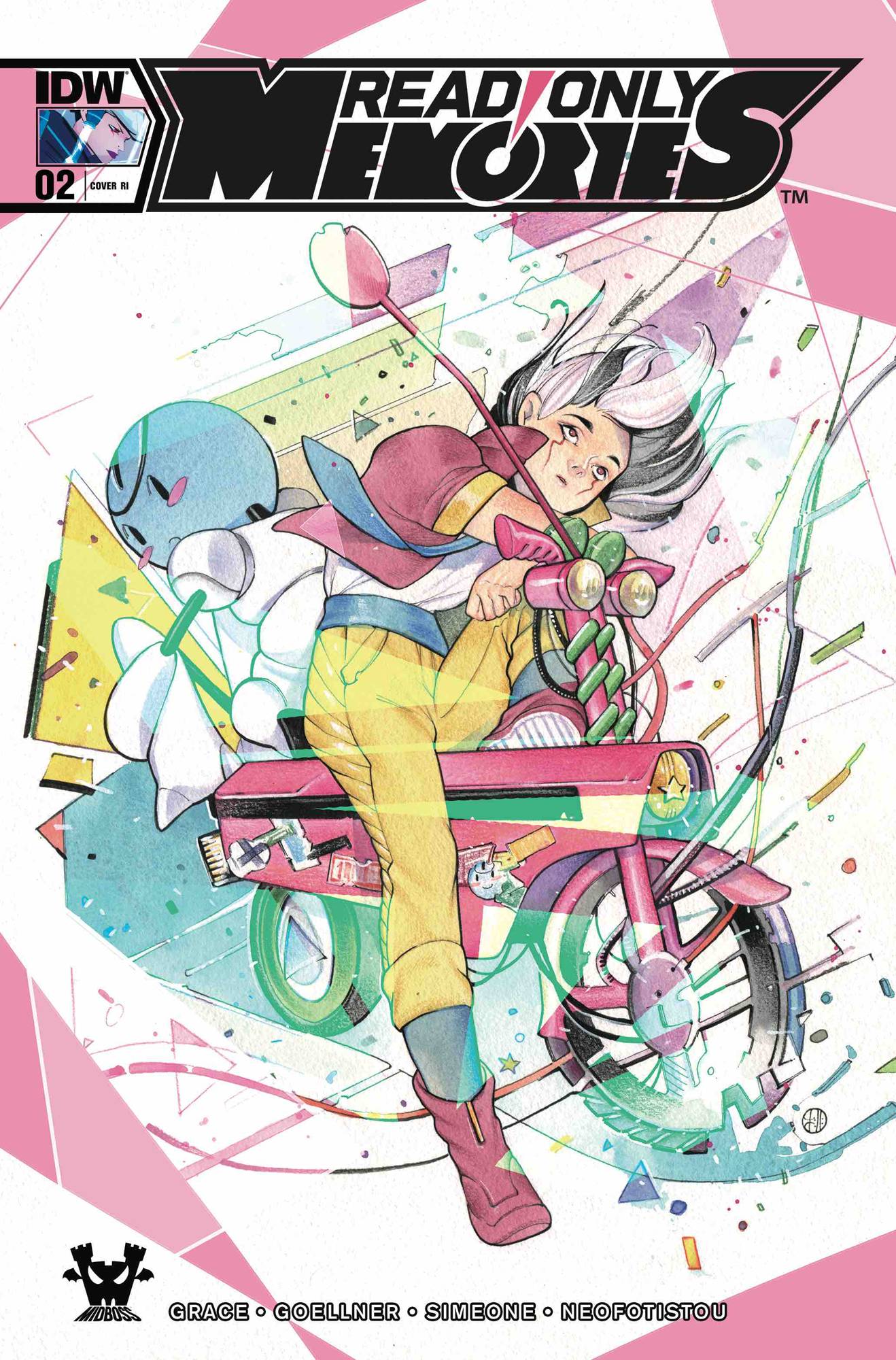 SHAKER: READ-ONLY MEMORIES #2 1:10 PEACH MOMOKO VARIANT (IDW, 2020)  This variant is interesting and has stirred a lot of debate around market manipulation over the past week. When copies were selling for $20 & $25, a sudden sale of $169.99 for a VF/NM copy pushed this book to a steady $100. That $170 sale wasn’t actually completed and didn’t make it to our sales list. Though, that sale still caused this variant to trend. It has since settled to $60. We don’t know if this was actually market manipulation or simply a buyer who went fishing with a high price that found an overeager buyer that got immediate buyers remorse. Either way, a book is only worth what someone is willing to pay of it. Peach Momoko is gaining popularity with each new cover. So, while that big sale stirred some dust around it, it’s come down to a price that it was most likely heading towards anyways. (Find on eBay) (Find on MCS) 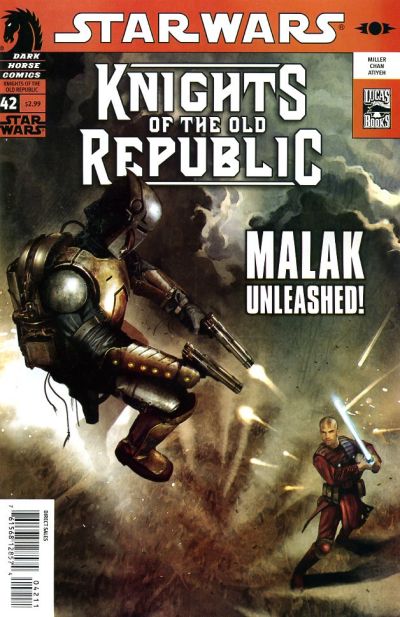 SHAKER: STAR WARS: KNIGHTS OF THE OLD REPUBLIC #42 (DARK HORSE, 2009)  With a lot of focus on #9 for this series (featuring the first full appearance of Darth Revan) issue #42 is the other hot title of the KNIGHT OF THE OLD REPUBLIC series. It’s now selling for $30 to $40. Why? Reading this, it’s a light origin issue for Darth Revan. So, this will pair well with issue #9. And to add to this, STAR WARS TALES #23 is the 1st cameo appearance of Darth Reven & Darth Malak (whose partial origin is also in KNIGHT #42). That just hit a huge $146.50 (and the variant hit $85)!!! (yeah, we buried the lead a bit here). Why is all of this trending? Well, VERY light rumors HOPE that Keanu Reeves might be up for the role of Revan in the KNIGHTS OF THE OLD REPUBLIC film in development at Disney. Granted, most of this dialogue comes from this fan-made trailer that hit Youtube this week. Regardless, Darth Reven is important to the overall lore of KNIGHTS OF THE OLD REPUBLIC, so picking these up is still not a bad bet. (Find on eBay) (Find on MCS) 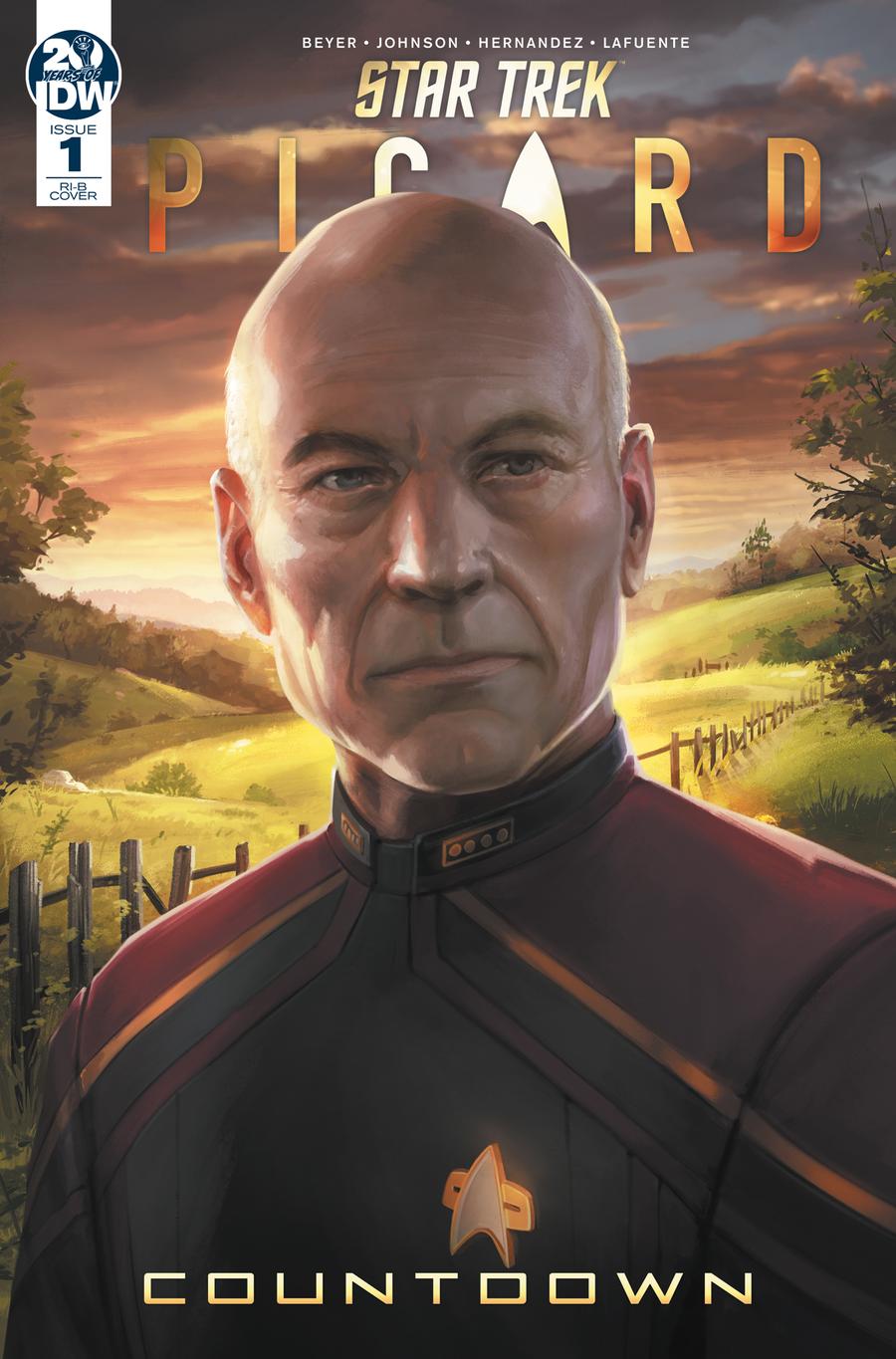 SHAKER: STAR TREK: PICARD #1 SARA PITRE-DUROCHER 1:25 VARIANT (IDW, 2019) This series success is all thanks to the new CBS PICARD streaming show. Issue #1 & #2 are both doing well in the after-market. This particular variant is seeing steady growth, with its highest sale yet this week for $75 raw. Will this book retain that value long-term? (Find on eBay) (Find on MCS) 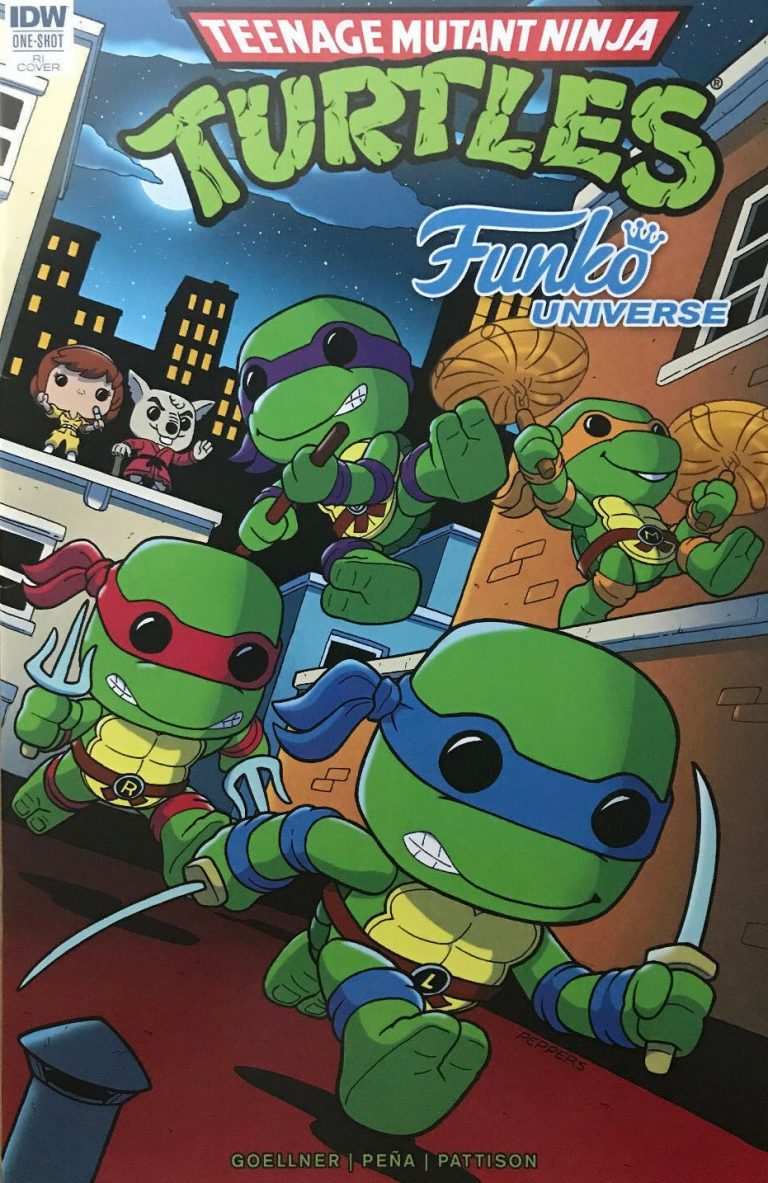 SHAKER: TEENAGE MUTANT NINJA TURTLES FUNKO UNIVERSE #1 RI VARIANT (IDW, 2017)  We mentioned this book back in September when a raw copy sold for $109. Well, apparently that sale for this difficult to find variant is not a fluke. Another copy sold this week for $81.24. We mention books like these so you can find them at conventions or your LCS. While these are rare, they’re out there somewhere. Other funko variants don’t usually do as well, so this could easily be had for cheap if it’s mixed in with the others.  (Find on eBay) (Find on MCS) 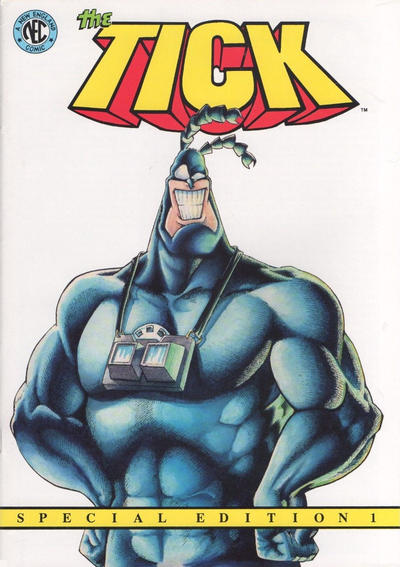 SHAKER: THE TICK SPECIAL EDITION #1 (NEW ENGLAND, 1988)  This first appearance of THE TICK is highly sought after for fans of his original cartoon in the ’90s. This week saw the highest sale ever at $785 for a rare 9.8 copy (there are only twenty-five 9.8’s on the census). Spoon!  (Find on eBay) (Find on MCS) 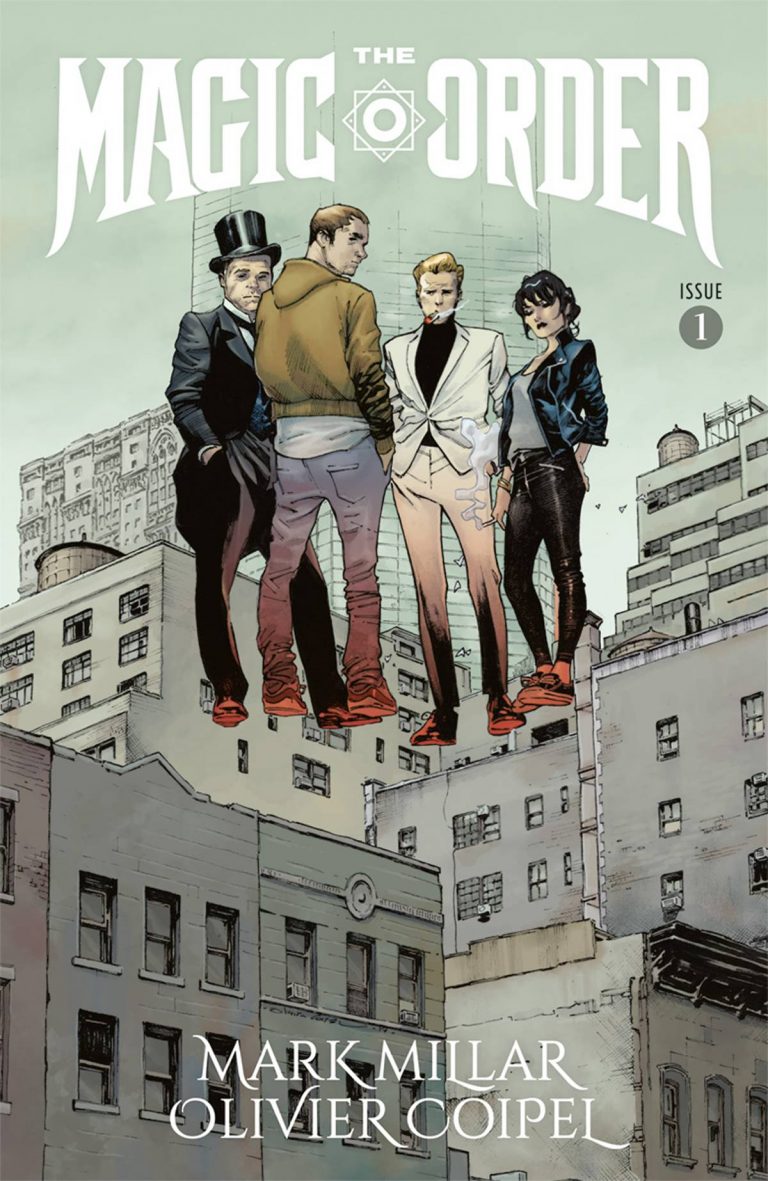 RUMORED/OPTIONED:  MAGIC ORDER  Mark Millar tweeted in reply to a fan asking for the status of MAGIC ORDER with “James Wan directing, show-commander in chief in the writer room RIGHT NOW!!” This tweet was enough to start moving copies again. (Find on eBay) (Find on MCS) 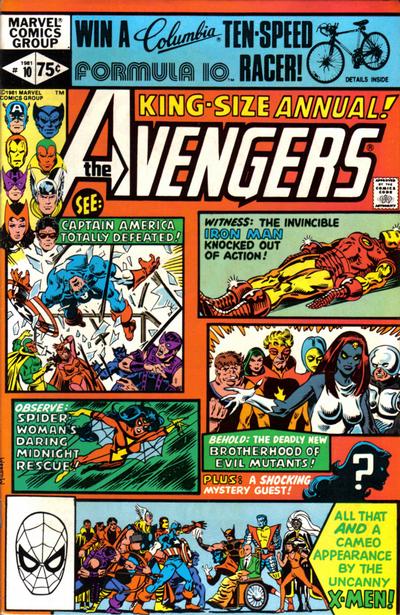 RUMORED/OPTIONED:  ROGUE IN CAPTAIN MARVEL 2  Rumors or Rogue appearing as a villain in CAPTAIN MARVEL 2 has lit up sales for her first appearance in AVENGERS ANNUAL #10, where she also started as a villain. It wasn’t until Rogue absorbed most of Ms. Marvel’s powers and memories that she became a hero and an X-Man. If this is true, then we’re going to be VERY excited for CAPTAIN MARVEL 2.  (Find on eBay) (Find on MCS) 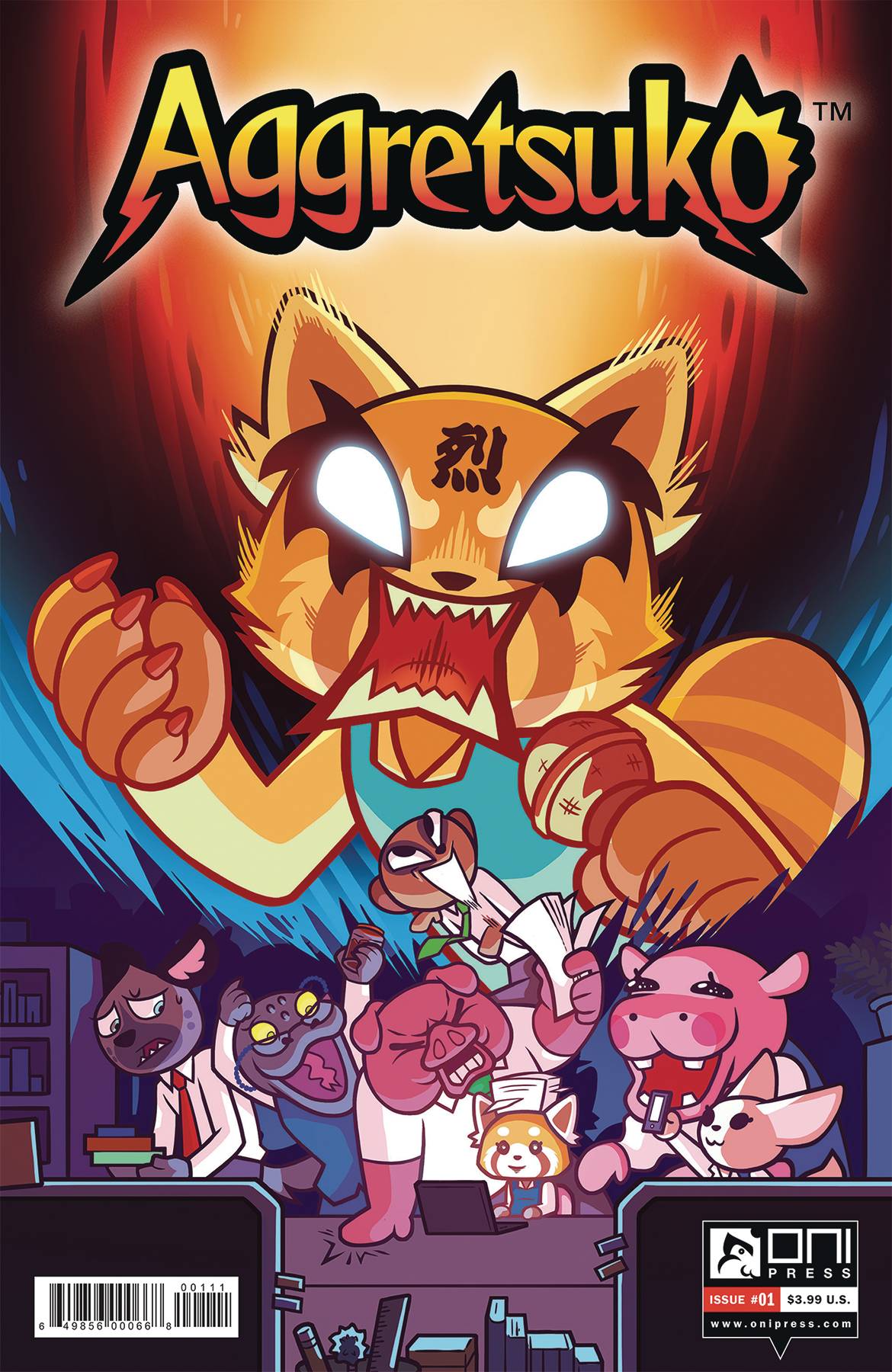 WATCHING:  AGGRETSUKO #1 (ONI, 2020)  The hit Netflix Sanrio show is now a hit comic book from Oni. This book was trending before release when copies were hitting $20 and $40 for a set of cover A & B. Flooding brought this book down to $13 and there are a HUGE amount of copies listed. We’re really interested to see how this fares for the next two weeks and we’ll be watching closely.   (Find on eBay) (Find on MCS) 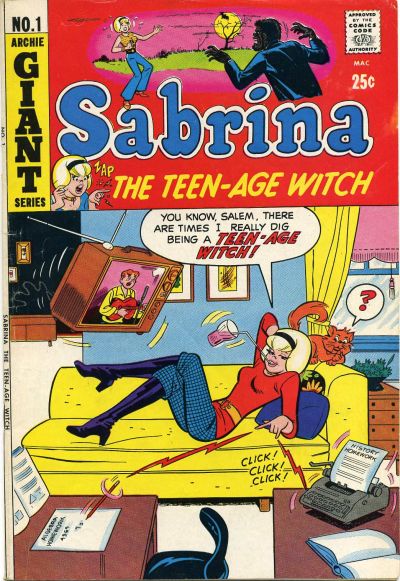 KEY OF THE WEEK: SABRINA, THE TEENAGE WITCH #1 (ARCHIE, 1971)  With all the focus on Sabrina’s first appearance in ARCHIE’S MADHOUSE #22, this first issue to her ongoing series had a big surprise sale this week at $1,026 for a CGC 9.6. This can sell raw from $25 to $180 depending on the condition. There is only one 9.8 on CGC’s census and only three 9.6’s. There are only 43 copies in total on the census. So, if you find a high-grade raw copy, definitely get it graded. With the continued success of THE CHILLING ADVENTURES OF SABRINA on NETFLIX, this book should have legs for a while.  (Find on eBay) (Find on MCS)