Publisher: Marvel
Title: Age Of Conan: Valeria
Page Count:
Genre:Fantasy
Era:Modern
Cover Price: 3.99
Cover Date:August 2019
UPC: 75960609399100111
ISBN:
Country:United States
Cover Price: 3.99
Cover Date:August 2019
UPC: 75960609399100111
ISBN:
Country:United States
AN ALL-NEW QUEST FOR ROBERT E. HOWARD'S VALERIA AS SHE SEEKS TRUTH - AND REVENGE! Journey into the Hyborian Age with Valeria, the hero from Robert E. Howard's classic CONAN story 'Red Nails,' on an all-new quest set before the fan-favorite tale! Before her careers as a pirate and mercenary and before she crossed paths with the Red Brotherhood and the likes of Conan of Cimmeria, Valeria was a young woman from Aquilonia, seeking justice for a crime gone unpunished. But as the formidable Valeria makes her way in this world, proving her capability against those who doubt her abilities as a young woman, she will find more than she bargained for in her thirst for revenge. Her deadly fighting skills will be put to the test and her trust will be shaken as she hunts her brother's killer and comes into her own as a force to be reckoned with in the Hyborian Age! Don't miss the start of an all-new classic, from Meredith Finch (Wonder Woman, SAVAGE SWORD OF CONAN) and Aneke (Red Sonja, DC's Bombshells)! Plus: The first chapter of an all-new novella featuring one of CONAN's greatest nemeses - the wizard THOTH-AMON! 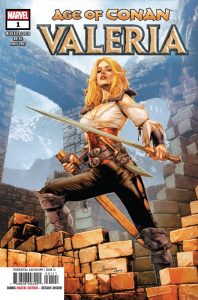 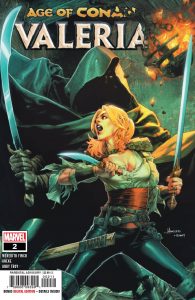 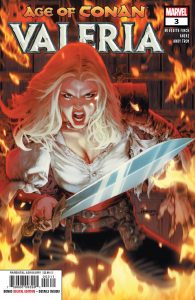 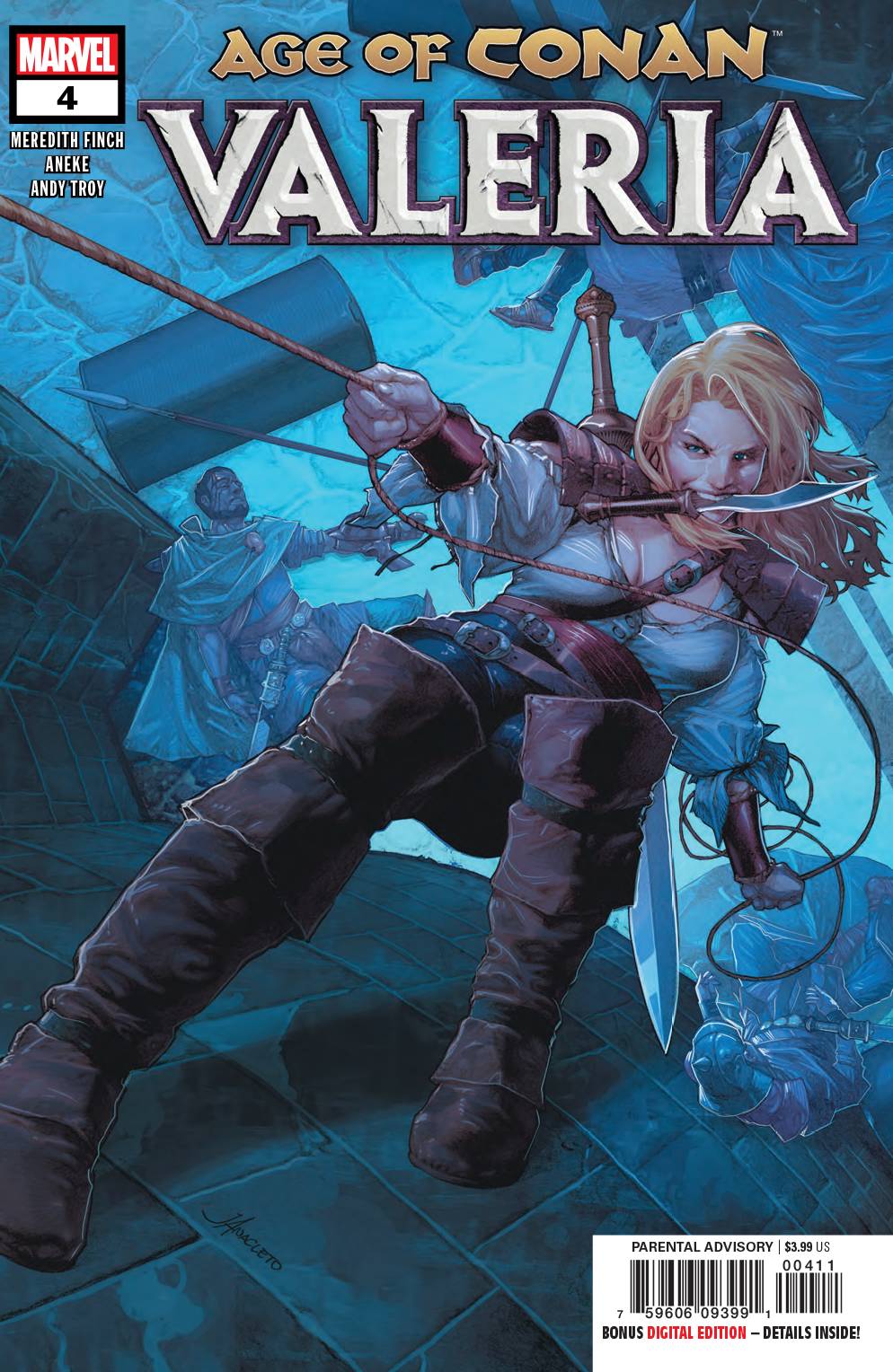 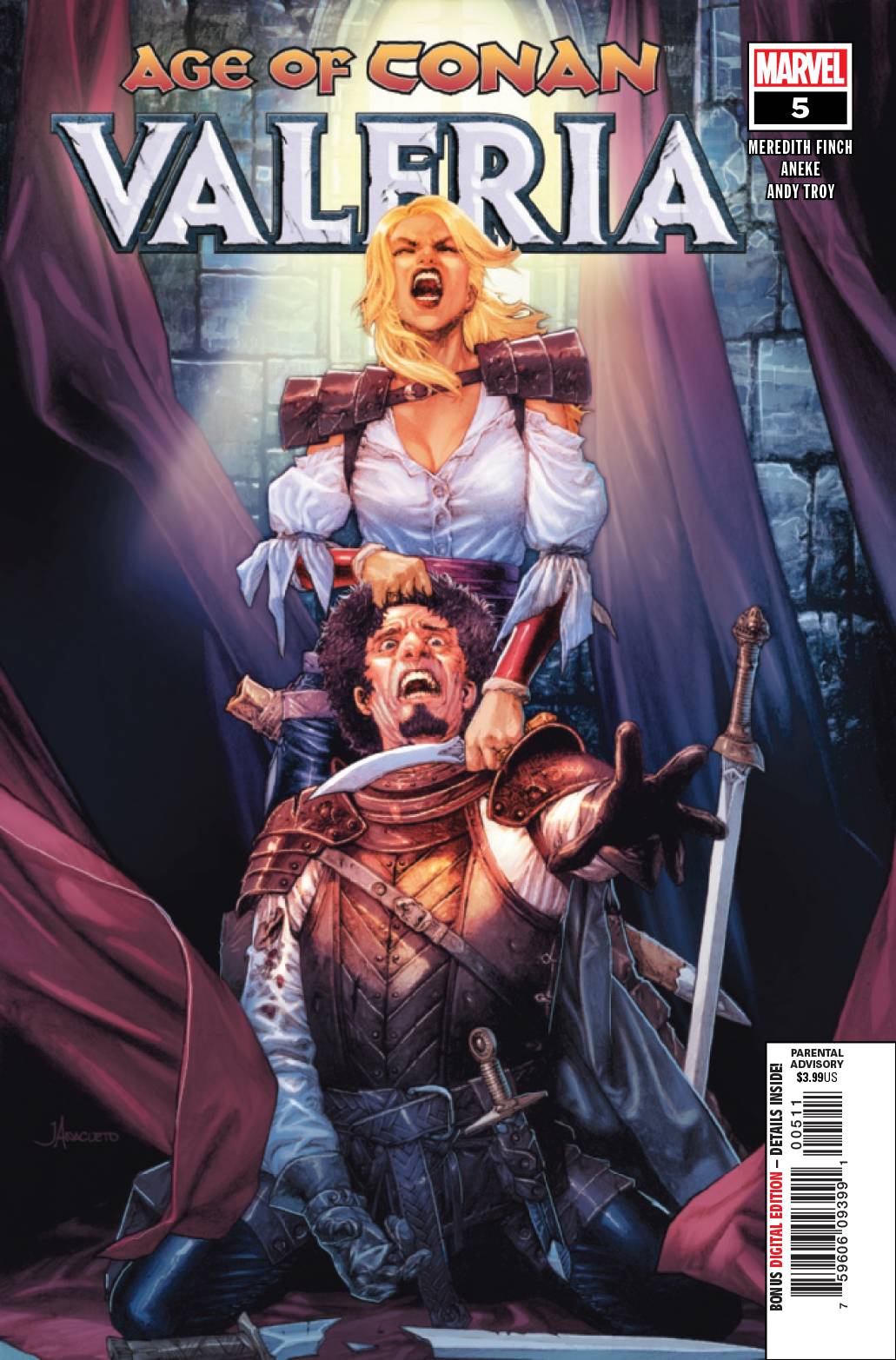