Welcome to our weekly Newsletter! This week we call out a ton of great new rumored content (including some about our favorite video game robot boy), we highlight a super sale for the “first appearance” of Action Comics #1 (via an ad), and highlight some sizzling SHAKERS!

Be sure to check out our Daily HOT Comics list (and much more) at CovrPrice! 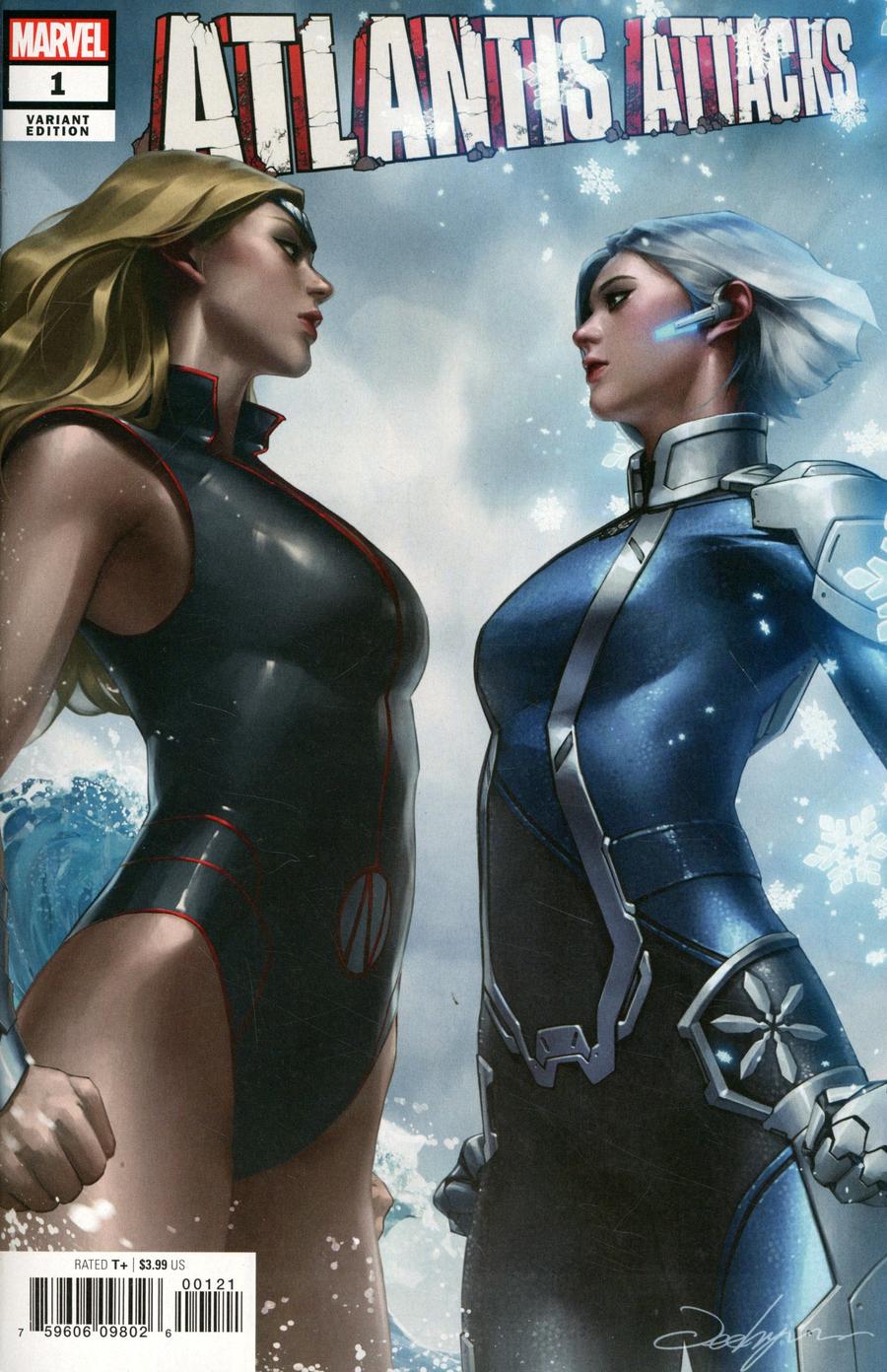 SHAKER: ATLANTIS ATTACKS #1 JEEHYUNG LEE 1:50 VARIANT (MARVEL, 2020)  This new release sure shot up fast! It went from $59.99 to $100+ in just a few hours. Marvel has been releasing these off-shoot series that stores tend to shy from. Not many are ordering 50 copies just to get that one variant. Seeing how few copies have been listed and sold proves that this is going to be one hard book to find. It’s one to watch for sure.  (Find on eBay) (Find on MCS) 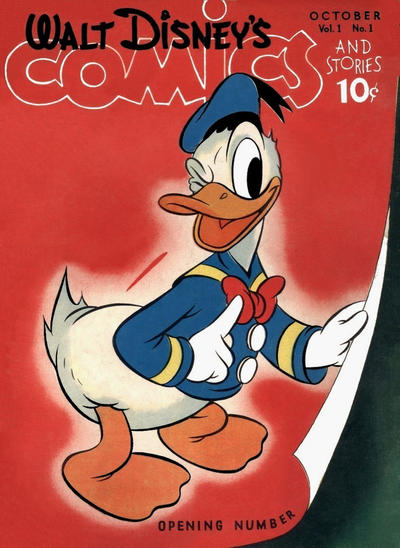 SHAKER: WALT DISNEY’S COMICS AND STORIES #1 (DELL, 1940)  While many collectors tend to focus on easier to find modern comics, comic investors put their money into key comics that don’t rely on content to increase its value. This is one of those special books that still has plenty of movement. This issue features the first issue of Donald & Mickey’s ongoing series. This doesn’t come up for sale too often. Yet, a CGC 4.0 copy sold for $6,950, outpacing the previous 5.0 and 4.5 sales. Granted, there’s nothing shocking about this, but it’s still a very steady growth. The highest sale belongs to a CGC 8.0 sale on 5/18/17 for $19,120.  (Find on eBay) (Find on MCS) 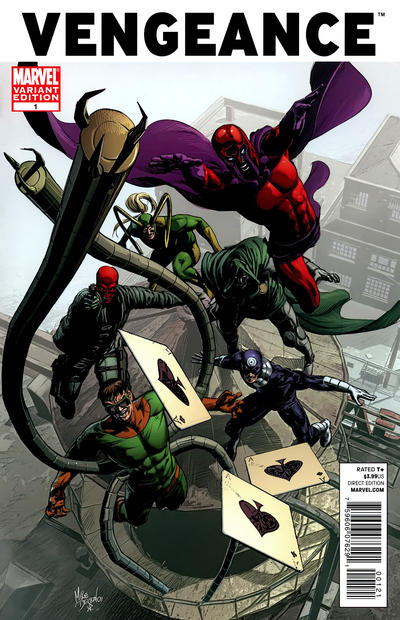 SHAKER: VENGEANCE #1 DEODATO 1:15 VARIANT (MARVEL, 2011)  This issue marks America Chavez’s first appearance. Back in 2011, print runs were super low which turned even 1:15 variants hard to find. New rumors have hit from The Illumnerdi that America is speculated to appear in Doctor Strange in the Multiverse of Madness. This is based on a leaked casting report looking for a “teenage Hispanic female” for a supporting lead role. With that in mind, it could also go another way. However, this bit of news helped give this already expensive variant its highest raw sale of $275. Granted, this is only $5 more then it’s last highest sale of $270 in February 2019. What’s notable is that this is up from a dip in prices of raw copies selling for $100 for most of 2019. This is going to continue to go up. With 9.8’s selling for as high as $1K, this book was due for a raw market correction anyways.  (Find on eBay)

SHAKER: MARVEL RISING #1 PEACH MOMOKO 1:25 VARIANT (MARVEL, 2019)  The hot artist that seems to be ringing through the community is Peach Momoko. She’s creating a lot of market heat around her current and upcoming variants. This heat is also hitting her previous variants, like this one for MARVEL RISING. Its big sale was for $72.12, yet it was also getting $130 back in December 2019. We see this heading back into that range… which makes those CGC 9.8’s currently listed at $199 very tempting.  (Find on eBay) (Find on MCS) 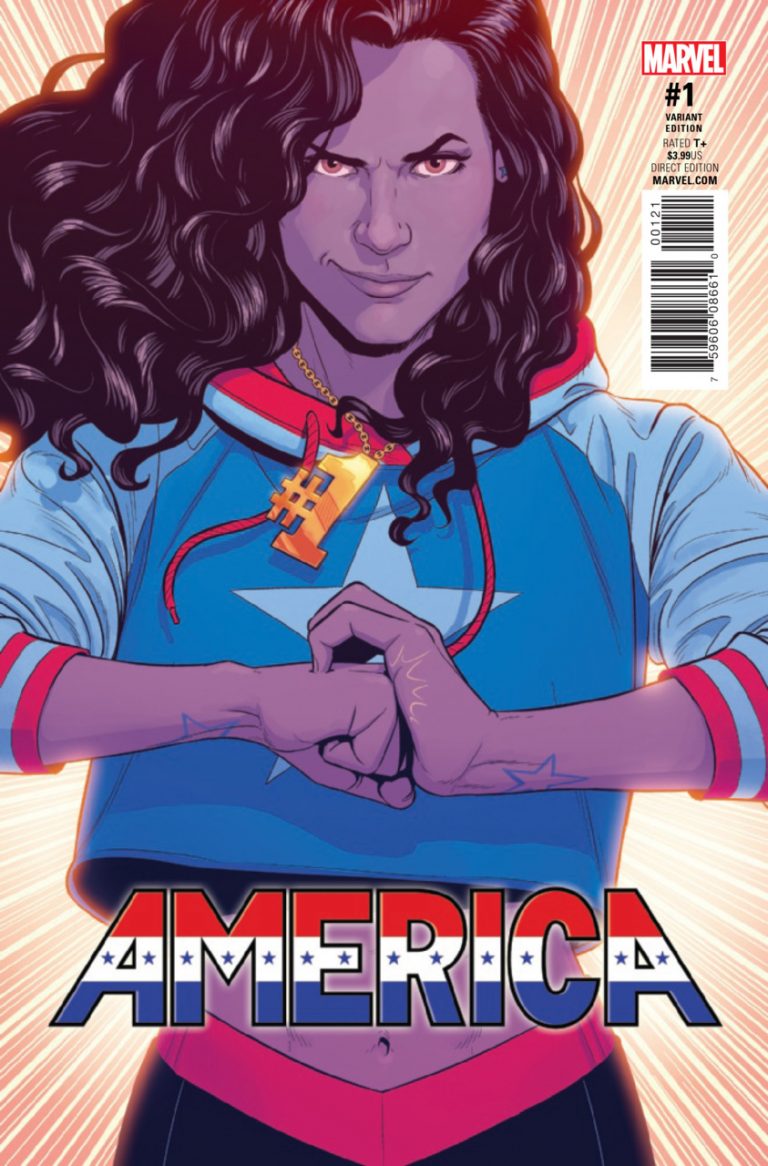 RUMORED/OPTIONED: AMERICA CHAVEZ  – See above: VENGEANCE #1 DEODATO 1:15 VARIANT in the SHAKER section for the full story.

(Note: The comic above is NOT her 1st appearance, but we didn’t want to show the same image twice) (Find on eBay) 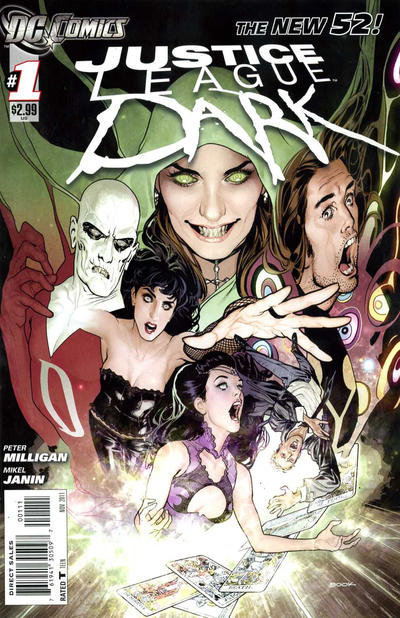 RUMORED/OPTIONED: JUSTICE LEAGUE DARK – Per Deadline’s recent article “Justice League Dark: Bad Robot Developing Film & TV Projects Based On Warner Bros. DC Comics“. If you read the article, it’s not confirmed, yet the writer “heard” that “ Bad Robot, through its new deal at Warner Media, is exclusively developing both film and TV ideas based on DC’s Justice League Dark universe at Warner Bros.” It sounds very much at the beginning stages, which means you have time to hunt down all the applicable 1st appearances (which could vary). There are plenty of first appearances for already expensive characters. Some issues to look for that are littered in back issue bins are New 52’s #1 & #9 (where the newest full team forms) issues.  (Find on eBay) (Find on MCS) 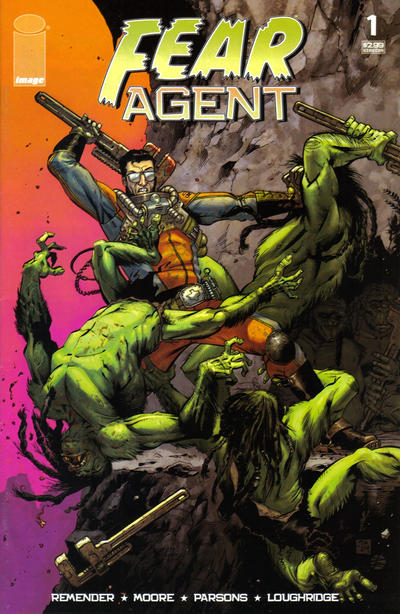 RUMORED/OPTIONED: FEAR AGENT – Per The Hollywood Reporter, “Seth Rogen, David F. Sandberg, Matt Tolmach Tackling Rick Remender’s ‘Fear Agent’ for Amazon”. This series is awesome and should be really fun to see. What was most interesting in this press release is that Rick Remnder has also signed an overall 3-year deal with Sony. This means, more Remender books are coming down the pipeline. Remender already had a close relationship with Sony with the fantastic DEADLY CLASS (mismanaged by the “where good books go to die” SYFY Channel). Books you should be pulling from back-issue/ $1 bins are SEVEN TO ETERNITY, LOW, BLACK SCIENCE & TOKYO GHOST.  If you can recall, in March 2019, Remender alluded that TOKYO GHOST was in the process of being adapted (with no additional info following). All are fantastic titles and most of these have some wonderfully hard to find variants.  (Find on eBay) (Find on MCS) 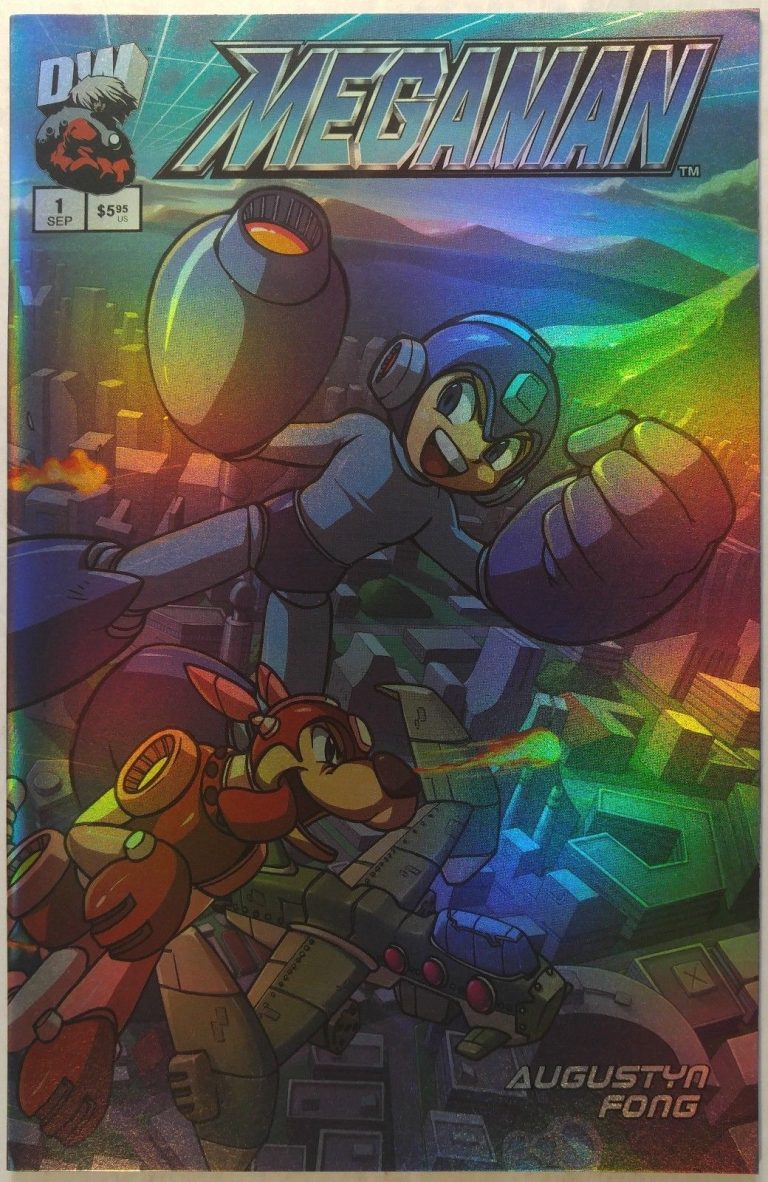 RUMORED/OPTIONED: MEGA MAN – Strangely buried at the bottom of the FEAR AGENT press release was “Tomlin is writing Mega Man, which is being developed by Chernin Entertainment.” SAY WHAT NOW!? Okay, full disclosure, the writer of this newsletter is a HUGE Mega Man fan. So, that was a bit of a surprise. (Editor’s Note: He’s not kidding… Matt is Mega Man crazy) Mega Man’s first official comic book appearance is in the 2003 Dreamwave series. That particular issue had a hard to find Chromium/Foil Variant that is already a tad pricey at $45. It’s worth noting that this sentence is the ONLY confirmation we’ve received on MEGA MAN. So, it could be a while before we hear more. Our friends at COMICBOOKINVEST & writer Clint Joslin have a great comprehensive Mega Man article that you should check out.  (Find on eBay) (Find on MCS) 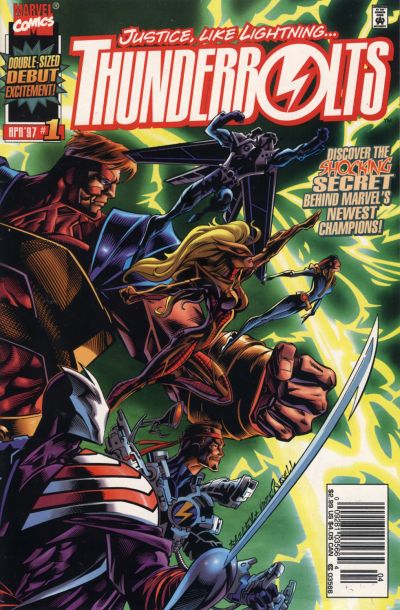 RUMORED/OPTIONED: THUNDERBOLTS  – Rumors of the Thunderbolts in the MCU have been swirling for months now. However, CBR.com recently re-mentioned that rumor and specifically picked out FALCON AND THE WINTER SOLDIER for the team to debut. It’s also been rumored that the Thunderbolts will have their OWN Disney+ series. (Find on eBay) (Find on MCS) 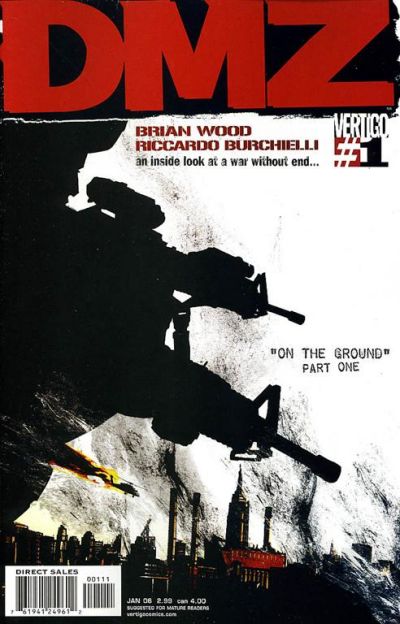 OTHER CONTENT NEWS:  DMZ  Rosario Dawson was cast as the leading character, medic Alma Ortego. This news has reignited sales for DMZ #1. (Find on eBay) (Find on MCS) 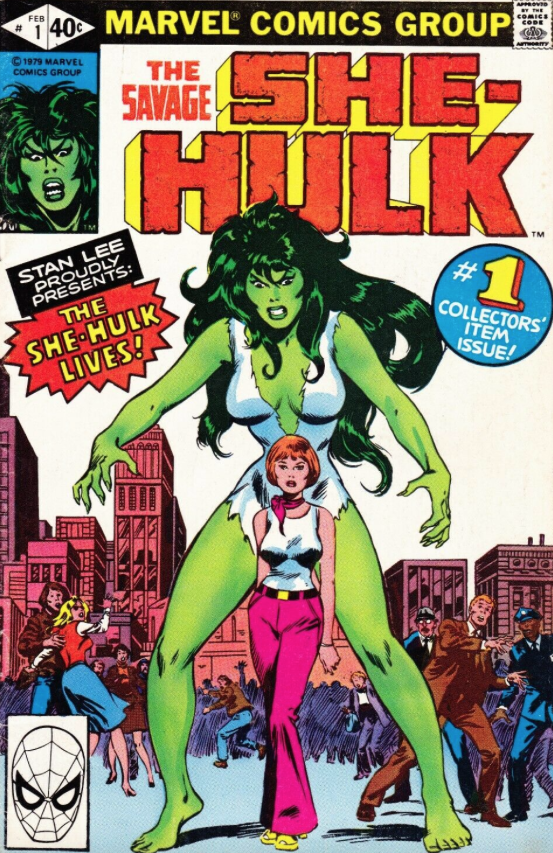 OTHER CONTENT NEWS:  SHE-HULK – Per ScreenRant, “Marvel’s She-Hulk Show Reportedly Starts Filming This Summer”. There’s not much more info than that.  (Find on eBay) (Find on MCS) 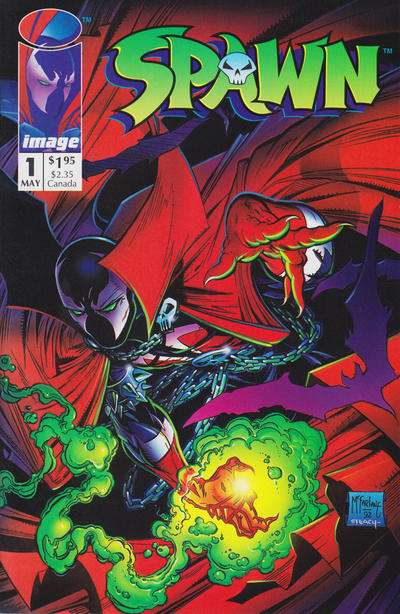 OTHER CONTENT NEWS: SPAWN  – Todd McFarlance recently wrote in an Instagram post that, “Thanks to Joker movie, getting lots of momentum on Spawn movie. Hope to have big news in the next month. R-rated is now sexy in Hollywood. TODD”. Keep in mind that Todd is amazingly awesome but he’s also his best hype machine. With that said, Spawn is one book doing JUST fine without content.  (Find on eBay) (Find on MCS) 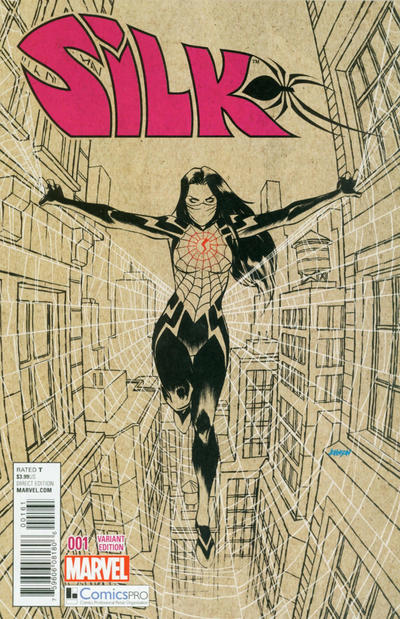 WATCHING: SILK #1 DAVE JOHNSON COMICSPRO VARIANT (MARVEL, 2015)  We’ve seen Spider-Gwen, Miles Morales, Spider-Man Noir, SP\\DR and Spider-Ham all see major spikes in their first appearance. Silk is almost a guarantee to pop up in some form of content in the near future. Heck, she’s already been rumored for INTO THE SPIDER-VERSE 2 and planned to be used in the Spider-Man Sony TV Universe that Chris Miller & Phil Lord are building. With that said, this variant is at the lowest it’s been. This week’s $99.95 sale is a reminder that it’s time to start moving on these. At its height, these were selling for as high as $305 raw and $599.99 in 9.8. This is definitely one we’re watching (though, the only ones listed are the pricey ones holding out for the height prices).  (Find on eBay) (Find on MCS) 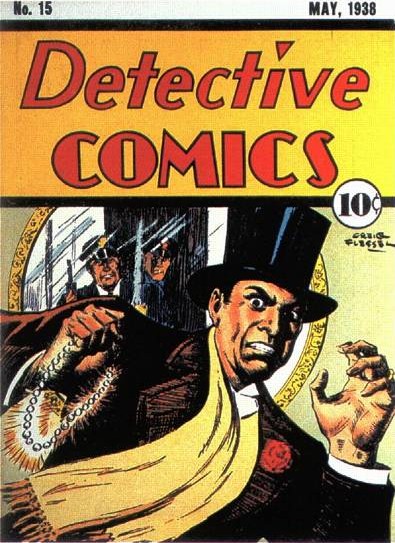 KEY OF THE WEEK: DETECTIVE COMICS #15 (DC, 1938)  This is a key that everyone might not know about. This issue has a full-page ad for ACTION COMICS #1. In a modern comic world where an advertisement can be debated as a “first appearance”, this is the Granddaddy of them all. This week had it’s highest sale of $6,266 for a CGC 6.5.  (Find on eBay) (Find on MCS)